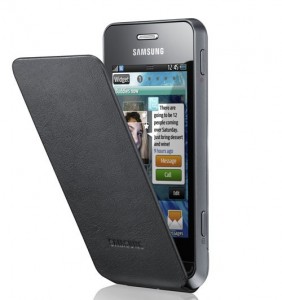 Are you in the market for a different smart phone operating system? Sick of the mainstream players? Perhaps you have a fondness for immature OSes that are only supported by one manufacturer?

Samsung hear ya, buddy, as today they announced their third-ish (fourth, I suppose) Bada-powered phone: the entry-level S7320E Wave 723 (henceforth known as just the Wave 723).

The phone should be out in September, and, while pricing hasn’t yet been announced, expect cheap.

Check some more pics in the gallery, below.