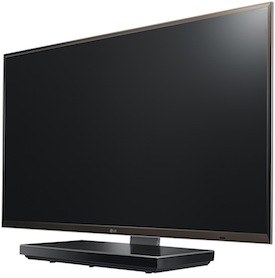 LG seems to be planning on dominating the 3D OLED market this coming year, and will be showing a few examples of their technology off at IFA this week. The jewel in their crown is a 31-inch, 2.9mm thin OLED display. This will earn LG the title of “world’s thinnest OLED TV”. At least until someone else comes out with something thinner.

Of course, details are sparse until the actual launch, but we do know that LG is going show off an 180-inch plasma display as well. We don’t have any information on pricing or even if either of these screens will ever make it to the consumer market. LG is also announcing a new LED TV, the LEX8. The LEX8 is currently claiming the title of the world’s thinnest, as well as having the narrowest bezel at 1.25cm. Again, no pricing, but we’ll let you know once LG releases more information. LG is definitely pushing 3D this year as well, with several different models of Blu-ray supporting the new technology.