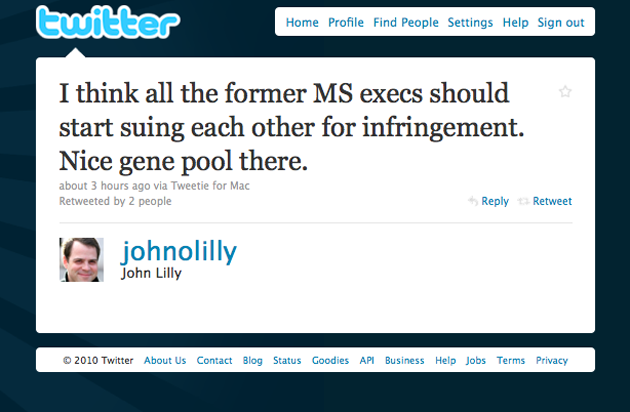 While not the biggest Microsoft-related lawsuit news of the day, Microsoft just announced that it wants to take its patent infringement case against Canadian technology firm i4i to the highest level, seeking review by the US Supreme Court.

Last May, a federal court of appeals upheld the decision of a lower court that Microsoft had in fact infringed i4i’s XML patent (‘449), by introducing Microsoft WORD in 2003 and continuing the XML editing capabilities through 2007. Microsoft was ordered to pay i4i $290 million dollars in fees and change the disputed version of Word.

i4i CEO Loudon Owen responded to Microsoft’s petition for a writ of certiorari, “This next step of filing a petition was anticipated — indeed, proclaimed for months by Microsoft. We continue to be confident that i4i will prevail.”

The Supreme Court has yet to decide whether it will review the case.
[scribd id=36530836 key=key-13wwubc40qntwi9bfqac mode=list]