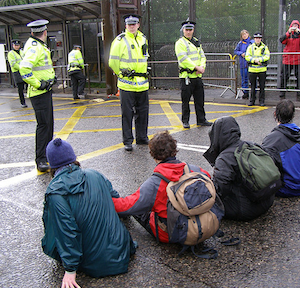 Remember back in June when we wrote about Twitter’s update to their Facebook app that allowed you to see which of your Facebook friends were also using Twitter? Remember when Facebook blocked that functionality about five minutes later? At the time, both sides noted that they were working to resolve the “issue.” Well, two months later, you can forget about that resolution as Twitter has just updated their app once again, removing that functionality.

To be clear, the Twitter app on Facebook still works — it just works basically as it did before. That is, allowing you to post tweets to your Facebook Wall (for both your profiles and pages) and to sync your profile photo.

Facebook blocked the ability to access a user’s list of friends within the application. As we’ve not yet been able to come to terms on a solution, we have removed references to the update in the application to avoid user confusion.

Come to terms on a solution? Again, ridiculous. The solution is to let users do this as long as it’s not in violation of the API.

This seems reminiscent of the whole Facebook/Google Friend Connect debacle of 2008. In that situation, Facebook began blocking Friend Connect from accessing their data due to it redistributing the information without a users’ knowledge. Or something. It couldn’t have been because Facebook had just launched the similar Facebook Connect. No.

Obviously, Facebook and Twitter have a somewhat tumultuous history. Ever since Facebook tried and failed to acquire the messaging startup in 2008, relations have been strained. In a recent interview, Facebook CEO Mark Zuckerberg admitted that he “paid too much attention” to Twitter for several months as Facebook evolved its core product to be more about sharing.

It’s also a bit ridiculous that while you can push tweets into Facebook, you can’t pull status updates out to use as tweets. While you can do this from Facebook Pages, you can’t from your actual profile. Facebook has been thinking about enabling this for sometime — and was even testing it — but ultimately decided against turning it on.

While Twitter and Facebook are obviously two different services, they’ve both been making moves in recent months to become more like each other. Why? Both want to be the center of sharing on the web. They are two large rivals on a collision course. I, for one, think Facebook has to become even more like Twitter with the ability to have “followers” alongside your friends.

It would just be nice if the two could get along for the sake of the users of both.