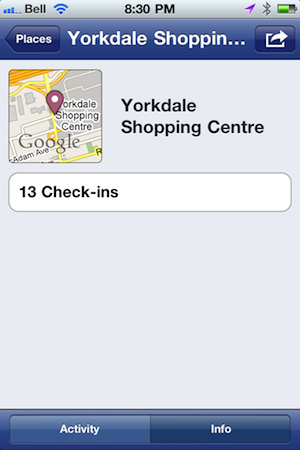 Earlier today, we received a tip from a reader in Canada that Facebook Places had started to go live there. Considering Facebook had said the feature would be U.S.-only for the time being, we asked for screenshots to verify it, which the reader happily sent. Sure enough, Facebook Places appears to be working in Canada (or at least parts of it).

The funny thing is, Facebook is adamantly denying that it is live at all in Canada. They suggested that perhaps the tipster was right on the U.S./Canada border — or maybe he had been to the U.S. recently as as such was able to check-in. He assures us that neither is the case. He says that he was simply able to check-in at his local Yorkdale Shopping Centre in Toronto, Ontario a few hours ago. (See, the “centre” is even spelled the Canadian way.) This is roughly 80 miles from the U.S. border.

Further, from another screenshot, it looks like 13 other people have been able to check-in to this same shopping mall. When I asked Facebook about this, they suggested that the 13 check-ins were likely Facebook employees, as this mall is “reasonably close” to their Toronto headquarters. But the tipster isn’t a Facebook employee, and again, he was able to check-in.

Facebook’s response to this? “It’s still possible that he came to the US or that Toronto is close enough to the border. To be clear, we have not launched in Canada or any other country outside of the US.”

Okay, except that people are checking-in in Canada.

Update: Facebook didn’t like me using the term “fake check-in” so I changed it. They’re awfully touchy about this.

Update 2: And the tipster says the functionality has just vanished after working for several hours. 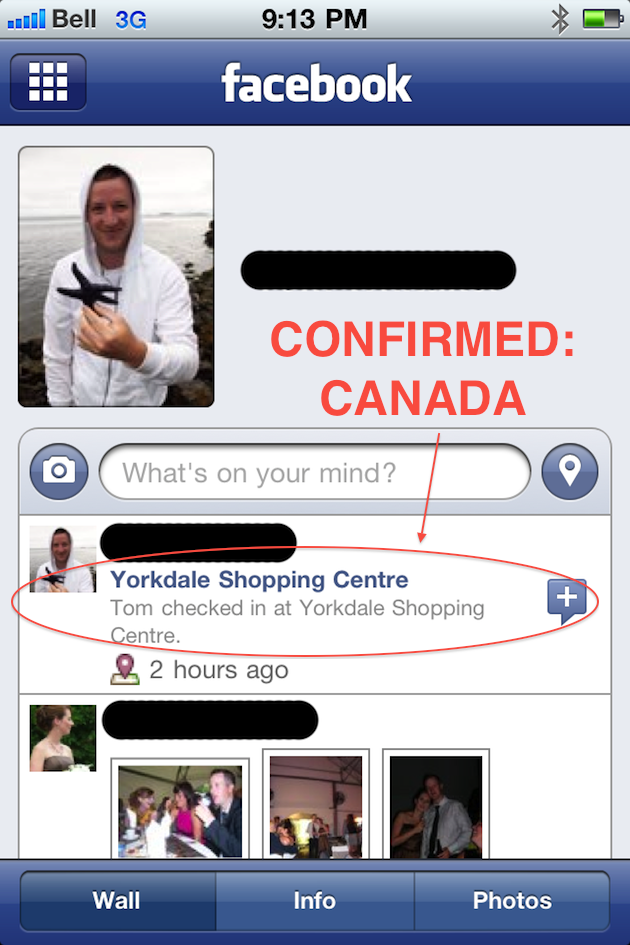