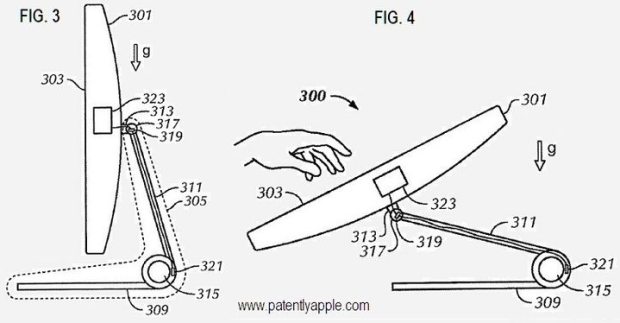 You’re Apple. You’re selling millions of iPhones, millions of iPads, and millions of notebooks. The App Store is printing money, but conversion rates aren’t fast enough for your liking. How do you get more people hooked on your mobile and touch platform? Easy: convert all your devices into iOS devices. iOS convertibles, to be precise.

A patent filing by Apple describes a pair of devices with the plain object of providing the user with both OS X and iOS on demand. The iMac Touch (not an official term, but good enough) would lean over and tilt up, providing a tablet-like surface on which to browse or play games. The MacBook Touch would feature a swiveling, flipping screen much like existing laptop-tablet convertibles. I don’t know about you, but I think they sound great. And expensive.

There are obviously some things to be said both for and against these designs. First of all, it’s kind of funny that Apple is apparently patenting a form factor that’s been in use for years, around which Lenovo and others probably maintain a number of supporting patents. And even though Apple’s approach to the iMac solves some of the ergonomic issues that accompany touchscreen monitors, I’m skeptical that a desk-bound tablet would actually be very useful. 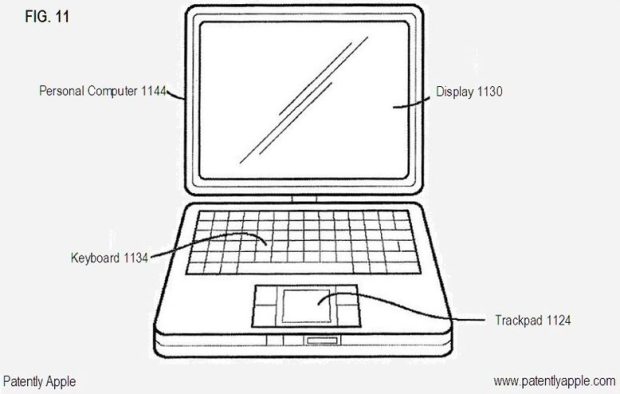 The MacBook Touch design is also quite a major departure from existing Apple industrial design, and not only will the screen have to be thickened to accommodate a touch layer, but it will require more power, produce more heat, and require more support by the main hardware. I have faith in Apple’s ID team, especially the laptop guys, and although as usual they will make compromises in terms of user accessibility and heat, I think they’d be able to put together quite a nice device.

This brings up two questions. One is technical: iOS runs at 320×480, 960×540, and 1024×768. MacBooks and iMacs don’t use those; 1440×900 is an entirely weird resolution, and I doubt Apple would downgrade them to 1366×768, a more common and workable resolution. And what about the big iMac screen? 2560 by 1440! That would hold the visual content of four iPads. Is iOS actually going to be useful at such a resolution? And aren’t they approaching a serious level of fracturing here? 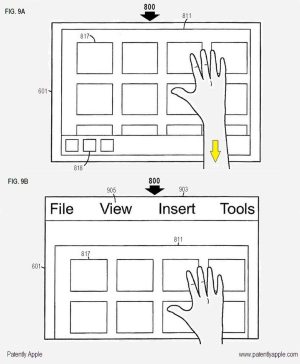 The other question is more strategic: do people really want a MacBook Touch? Sure, we all say right off the bat. It sounds great! But would you pay an extra $800 on top of a $1500 notebook for the feature? And does anyone want to use a five-pound tablet running a Core i5? Keep in mind you’d be holding this thing, its fans blocked by your legs and the converted screen, as it revs up to a tornado-like 5000RPM just to keep itself below 160°F. Say what we will about the iPad being underpowered — if it were any faster, they’d have to give out oven mitts the way they’re giving out bumper cases. The point being that a convertible notebook may not be the experience Apple wants to promote for iOS.

At least Apple is making considerations for transitioning between the two OSes. Many of you probably know how annoying it is to try hitting tiny menu options on a tablet or kiosk screen. Tablet interfaces have different needs, and it looks like Apple is acknowledging that with a few ways of replacing UI elements and detecting touch activity. A “high resolution” (resolution in this case referring to input) interface for mice and trackpads, and “low resolution” for touch.

I’ve really dampened my own enthusiasm while writing this article, but I’m still excited to see whether Apple can (or is even willing to try to) pull this off. Some serious obstacles remain, but of course these patents don’t show Apple’s whole hand. Selling an iOS device with every Mac would be a nice boost, and it would put even more emphasis on the App Store as primary content vendor for Apple devices. The MacBook and Pro lines have been bumped recently, so I don’t think we’ll be seeing this change any time soon, if at all. But we’ll keep our eyes open.