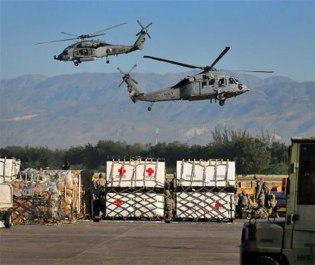 This article was written by Lukas Biewald, CEO of CrowdFlower and Leila Janah, CEO of Samasource.

On Thursday July 8, 2010, residents of Oakland took to the streets after a jury convicted police officer Johannes Mehserle of involuntary manslaughter of Oscar Grant, a 22-year-old unarmed black youth. Race-related riots are not new to California. But this time, the first people to learn about violent incidents tied to the protests weren’t riot cops — they were the Oakland residents behind OscarGrantProtests.com, a website that allowed people near the action to map incidents of violence and view reports from others. Established in a few days, OscarGrantProtests employs crisis mapping technology from a group of open-source developers called Ushahidi, who built the software to report violence in the aftermath of the 2008 disputed Kenyan presidential election.

Ushahidi has radically altered the way we respond to disasters by placing reporting power in the hands of people who might otherwise be victims. Virtually every disaster affecting large groups of people presents the same problem: in the absence of real-time data, emergency responders don’t know where to go and when. Technology can solve this problem quickly and cheaply, but governments and relief agencies don’t often use it.

Telecommunications infrastructure is now ubiquitous — even in sub-Saharan Africa, eight out of 10 adults have access to a mobile phone. The four billion cell phones in use around the world create massive amounts of data and demand for crowdsourcing technology to aggregate, categorize, and otherwise make sense of it.

Mission 4636 provides a good example of how we can use data from mobile phones to make relief efforts more effective. In the aftermath of the January earthquake that shook the Haitian capital of Port-au-Prince, millions of Haitians lacked food, water and shelter. Aid workers flooded the capital, but lacked information about who needed help, and where. Voila and Digicel, Haiti’s two major telecommunications carriers, had their cell towers up and running immediately following the quake, but huge call volumes exceeded their capacity and resulted in service outages. Text messages offered a solution — texts take up less bandwidth than calls, and are much less affected by network delays.

A group of companies, including Ushahidi, FrontlineSMS, CrowdFlower and Samasource, collaborated to set up a text message hotline – “Mission 4636” – supported by the U.S. Department of State. The Haitian government collaborated with radio stations to advertise the hotline, and a few days after the disaster, anyone in Port-au-Prince could send an SMS to a toll-free number, 4636, to request help. The messages were routed to relief crews at the U.S. Coast Guard and the International Red Cross on the ground.

In the first month, Haitians sent more than 40,000 texts to 4636. But Mission 4636 ran into a problem: the messages were in Haitian Creole, but the aid workers designated to respond spoke English. Worse still, many of the texts contained location information that only Haitians familiar with the geography of Port-au-Prince could comprehend, such as references to neighborhoods or popular landmarks. Without a translation service that could operate in real-time, Mission 4636 provided little value to victims of the earthquake.

Traditionally, governments solve problems like these by hiring contractors — after major disasters, it’s not uncommon for relief agencies to spend millions of dollars building temporary call centers to handle the flood of new calls. Outsourced translation firms abound, but charge large premiums to deliver translation on a 24/7 basis. In Haiti, crowdsourcing provided an answer: we customized Ushahidi and CrowdFlower’s technology to allow hundreds of thousands of Haitians living outside the country to translate texts from Port-au-Prince in real time, and for free, via a public website. News of the site spread quickly through the Haitian Diaspora living abroad, who heard of our efforts through a grassroots media campaign The results were immediate. In the first day, Mission 4636 got a message from an overcrowded hospital that was running out of fuel. Within minutes the message was translated and desperately needed fuel was deployed.

Mass collaboration accomplished more than Creole-English translations — armchair disaster relief agents around the world also collaboratively edited maps and information about Haiti to assist aid workers. A few days after the disaster, Openstreetmap.com, a Wikipedia-like site for amateur map makers, had more accurate maps of Haiti than the U.S. Department of Defense.

Perhaps most critically, crowdsourcing provided hundreds of thousands of data points on what Haitians most needed after the earthquake. Surprisingly, after immediate needs were met, text messages sent to 4636expressed unprompted demand for something other food, water or shelter — people started asking for travay, or work. It became clear that short-form translation could create needed jobs in parts of Haiti flooded with refugees from the disaster. Samasource trained 50 people in Mirebalais, a small rural community in Haiti’s Central Plateau, to translate the 4636 messages on the web after Ushahidi volunteers categorized them by priority level. Using netbooks (small, cheap laptops) powered by a generator and a satellite Internet connection, these workers translated tens of thousands of messages, forming a kind of “virtual assembly line” with the Ushahidi volunteers.

The rapid proliferation of broadband, wireless and cell phones, coupled with new crowdsourcing technology, is completely changing the face of disaster relief. Everyone with a computer can provide crucial assistance, sifting through satellite photos, translating messages or updating maps, and most people are happy to do this free of charge — contributing to life-saving relief efforts is a powerful motivator. Mission 4636 cost less than $500,000 to design, build and deploy. At a fraction of the cost of most relief budgets, crowdsourcing can solve coordination problems on the ground. Governments and aid agencies should make it a central part of future disaster response efforts.