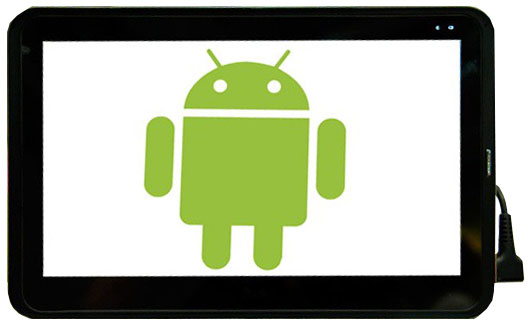 Oh boy. LG’s Marketing VP made a mighty big claim in a recent Wall Street Journal article. I’ll state it again if you somehow missed the headline: “our tablet will be better than the iPad.” That’s like Kia saying their upcoming sports car will be better than the Porsche 911. Or some Hollywood startup saying they’re making the next Star Wars only better. A blanket statement like that just doesn’t sit well. Although, LG seems to have the right idea and might bust out the best Android tablet to date — well, that’s not that hard really.

LG’s tablet will be part of the Optimus line and is apparently slated for a Q4 release. According to the WSJ article, LG is taking a different approach with their tablet rather than making an iPad clone. Their tablet will focus on content creation, rather than infotainment.

The tablet will include content focused on creation such as writing documents, editing video and creating programs. It will also have “high-end features and new benefits,” many of which will focus on productivity, Mr. Ma said.

“It’s going to be surprisingly productive,” he said.

That sounds awesome to me. Hopefully LG is using a high-quality LCD screen with either a very accurate tracking or even a digitizer screen like those used in high-end convertible notebooks. It could be popular with everyone from students to the cooperate user. Smart.

Clearly LG is aiming at a different market than Apple with their tablet and that’s probably for the best. Rather than focusing on competing directly with the iPad, companies like LG with their Optimus line and HP with the Slate 500 are trying to fill the void left by the entertainment-oriented iPad.

The iPad is far from the ultimate tablet, but its success is opening doors for tablets in other markets. LG’s Marketing VP probably shouldn’t have publicly set the bar so high way before the tablet’s release, but from his perspective, the LG tablet might be better than the iPad. I wonder what his kids would say, though.