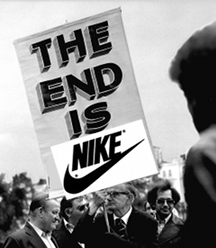 It’s a pity readers don’t want to pay for stories about the death of traditional media, because otherwise journalists and commentators would be riding a big fat cash cow.

In recent months it’s been impossible to open a newspaper or magazine without being drenched by a tidal wave of “waaaaah”s and “woah”s and “oh my God we’re all doomed”s from those of us who make our living selling words. If it’s not newspapers – the fall of advertising! the rise of paywalls! the death of columnists! the birth of citizen journalists! – then it’s magazines – no more long-form writing! the iPad! – or movies – piracy! Netflix! – or cable news – Twitter! YouTube!

This week it’s books (again), and a stark warning from the Wall Street Journal’s Ron Adner and William Vincent to anyone who prefers literature unsullied by full-page ads for SUVs and tobacco.

“With e-reader prices dropping like a stone and major tech players jumping into the book retail business, what room is left for publishers’ profits? The surprising answer: ads. They’re coming soon to a book near you.”

Oh no! Lock up your Little Women! The Mad Men are coming!

The crux of the argument is this: books are the only word-based medium currently free of advertising (unless you count the pages full of ads for other books at the back of most mass market paperbacks). This isn’t – as you might think – because ads kill our enjoyment of literature (many magazines publish fiction surrounded by commercial messages) but rather because until now it’s been difficult to sell ad space in books. The lead times in publishing – and the shelf-life of paperbacks – are simply too long to deliver timely commercial offerings: who hasn’t experienced the amusement of picking up an old paperback and being invited to send off for the previous title in the series for just 25c?

But now, thanks to e-readers, all that is changing. With electronic books, ads can be served dynamically, just like they are online – not only does that remove the problem of out-of-date ads being stuck in old books, but it also allows messages to be tailored to the individual reader. Those reading the Twilight books at the age of 14 can be sold make-up and shoes and all of the other things teenage girls need to attract their very own Edward. Meanwhile, those still reading the books at 35 can be sold cat food. Lots and lots of cat food.

And, so, goes the argument in the WSJ, with publishers desperate to make up the money they’ve lost thanks to the declining cost of ebooks (never mind that distribution and storage costs are dropping at precisely the same rates), we’re soon going to see books chock-full of ads.

It’s a compelling argument, but like so many compelling arguments made about the future of books, it’s also hampered by consisting almost entirely of bullshit. For one thing, publishers are really not geared up to sell ads: they’d have to recruit armies of ad sales people who would be forced to actually sit down and read the novels and historical memoirs and chick-lit-churn-outs that they’d be selling against. Not going to happen.

And even if publishers do hire these crack ad teams, they’d be asking them to perform an almost impossible task: to accurately predict the readership of forthcoming books. Magazines and newspapers are able to tell advertisers weeks or months in advance what their circulation is likely to be, and so how much bang brands can expect to get for their buck. By contrast, even publishers with decades of experience have no idea whether a given title is going to sell one copy or a million. Which advertiser would have bought ads in the niche-niche prospect ‘Eats, Shoots and Leaves’ when the book was published in late 2003? And yet by January 2004 it had become an international bestseller. Traditional ad sales people would be constantly chasing their tails to try to keep up with such an unpredictable industry.

More importantly, though, any direct comparison between books and magazines (or newspapers) is completely misguided. Yes,  both formats deliver words to readers’ eyes but where a magazine is designed for light reading – something one skims in a doctor’s waiting room, fully expecting to be interrupted at any moment –  a book is a fully immersive experience in which the readers expects to be transported completely to another world.

It’s much more appropriate to draw a parallel between books and film. There’s a reason why movie theatres don’t show commercials in the middle of films: advertising jars you away from the narrative, like a boxing glove on a telescopic arm suddenly punching through the fourth wall. People go to the cinema, or slip in a DVD, to escape from the commercially saturated real world; much the same reason as they crack open a good book. Putting an ad in the middle of a book is a great way to kill a reader’s enjoyment of the product, and ensure they won’t buy another one.

And yet, and yet… advertising is a supremely powerful force. And its operatives are sneaky – managing to come up with ever more cunning ways to infiltrate movies with their sales pitches, much like Leonardo Di Caprio’s character does to his victim’s dreams in ‘Inception‘ (a rare movie, incidentally, during which a boxing glove to the face would have provided blessed relief). The most cunningly effective weapon in their arsenal is product placement: bribing filmmakers to ensure that their heroes and heroines are seen drinking a particular brand of beer or getting married wearing a particular designer’s dress. It’s the perfect crime: barely noticed when executed well, highly profitable and with the alibi of “adding realism” to modern characters.

And for precisely  those same reasons, it’s product placement – not straightforward, accountable, cordoned off display advertising  – that I  can see looming like a shadow on the publishing industry’s future x-rays. Not least because the practice has been with us for at least a decade. Back in 2001, Fay Weldon’s ‘The Bulgari Connection’ caused a stir amongst the literati when the publisher and author received a five figure sum from jewelers Bulgari in exchange for mentioning the company twelve times in the book’s narrative.

Since then the practice has become ever more prevalent, particularly in teen fiction – presumably because it’s easier to slip Pepsi into a book about modern teenagers than it is to wedge Burger King into ‘Oryx and Crake‘. In Sean Stewart and Jordan Weisman’s novel ‘Cathy’s Book: If Found Call 650-266-8233‘, a character is described as wearing  Cover Girl ‘Lipslicks’ makeup. The mention was part of a cross-promotional deal with Proctor and Gamble, which saw the book promoted across the brand’s teen websites. As the New York Times reveals, an early galley of the book described the same character wearing instead “Clinique #11 ‘Black Violet’ lipstick” – the change being made ahead of publication, after the deal with P&G was signed.

But, cynical as that arrangement was, ‘Cathy’s Book…’ was published in the dark ages of 2006, way before the Kindle and the Nook and other mass-market e-readers opened up the possibility of what can be done with dynamically generate content. Imagine if such a deal were inked today (which it surely is being). Thanks to leaps forward in technology, P&G’s ‘Lipslicks’ placement could be limited to, say, 10,000 reads of the book, after which the character suddenly starts wearing something different – either a newer Cover Girl sub-brand, or perhaps something from a rival manufacturer. Whoever makes the highest bid defines the character for the next batch of readers.

Since Ian Fleming defined James Bond by the Rolex on his wrist, many of our most popular literary heroes have been characterised as much by the products they use as by the lines they say. Once those key traits are perpetually being altered at the whim of the highest bidder – a prospect that technology has made very real indeed – well, that’s when the misty-eyed defenders of old media will really have something to write about.