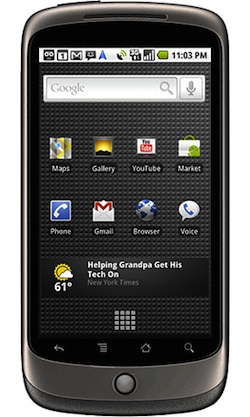 Remember when Google killed the Nexus One a month ago? Yeah, it’s still sold in a few places here and there, but it’s mostly dead. And apparently it had to die in order to find its heaven: Android app developers.

A new post tonight on the Android Developers Blog declares that the now-for-developers-only Nexus One has proven to be “a little too popular.” As Tim Bray writes, “we blew through the (substantial) initial inventory in almost no time, and they’re back-ordered from HTC.” In other words, they’re now completely sold out.

To be clear, Google is selling unlocked versions of the Nexus Ones to registered developers through a publisher page in the Android market. What’s odd is that though they didn’t say so in their very brief post announcing the Nexus One’s death, the assumption is that they were killing it off because it wasn’t selling well. In fact, CNN had them just over 100,000 units in the same time that other phones like the iPhone and another Android-powered phone, Droid, had sold a million units.

I’m still convinced that the Nexus One is the best Android phone I’ve tried. Even the newer ones (EVO and Droid 2) simply don’t stack up. And I loved Google’s ballsy attempt to sell it themselves and bypass the carriers — but clearly that didn’t work too well, and they quickly abandoned that model.

At least the Nexus One is apparently having a good afterlife.