Let’s just pretend for a second that Facebook Places aka Facesquare is a charitable attempt on Facebook’s part to quell check-in fatigue by making nice with Foursquare, Gowalla, Booyah and Yelp (and not another attempt by Facebook to turn the world into this).

As a wise TechCrunch commenter once said, “Just because you don’t use it, or have never heard of it, doesn’t negate its market share.” 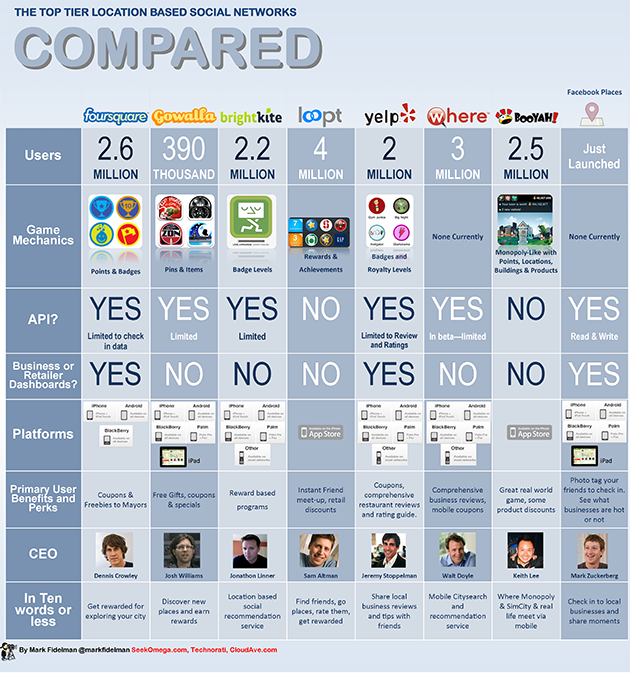 Note: Data for all platforms except Facebook Places was last compiled in July 2010. Booyah has just released figures that sets their user base at 3.1 million.

For a hi-res image: Fidelman via Techpp.