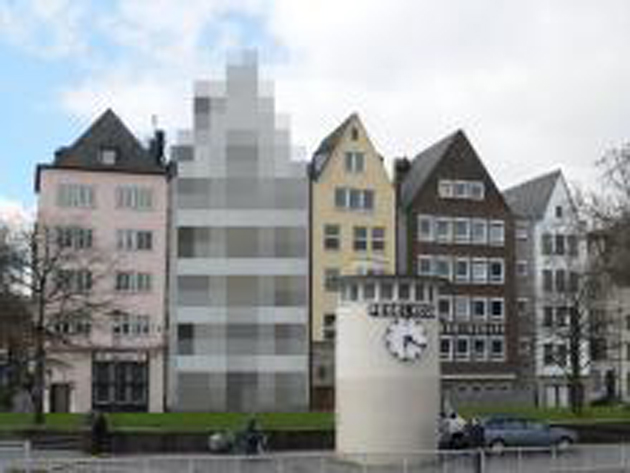 Google made their “opt out of street view” service live in Germany today, giving select Germans until September 15th to exclude their properties from being mapped when the Street View service launches. The function will be available for a limited time in the 20 cities that are mentioned which includes Berlin, Dresden and Hamburg and then extend to all cities covered as Google Maps Germany rolls out.

While I’ve contacted Google for analytics on the number of people who have requested building camoflaging, the fact that private citizens can mass opt out of certain Google search functions is unprecedented until now. Why not give people the option to opt out of search entirely? After all, a hypothetical “Opt out” or rather “Do not index these pages I swear are about me and harmful” is considerably less far-fetched a privacy solution than Erick Schmidt’s suggestion that people change their names.

Bear in mind that there is no specific German law forcing Google to do this, and buildings, experts have assessed, do not count as person-related data in Germany. The general privacy greyzones of the strict German Bundesdatenschutzgesetz (Federal Data Protection Act) and the fact that German citizens and the newspaper BILD are up in arms over the risk that their data will be used maliciously pressured the search giant into providing this special service.

The German Minister of the Interior Thomas de Maizière is currently proposing a new law that would specifically target Google Street View and issues surrounding privacy. It is actually against the German constitution to enact a law that targets a specific company.

Google Maps has already launched in 23 countries and has experienced turbulance in Spain and Austraila as well as various strange use cases. Google insists that the service will provide value to Germany, “Many German users are already using Street View to visit other European countries virtually.”

On a side note: German Chancellor Angela Merkel has revealed that she will not opt out of Street View.