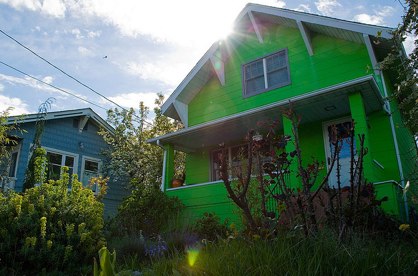 Alternative energy is a growing market, and though many states offer tax credits, rebates, and other incentives to promote clean energy, it can still prove to be an expensive proposition.

It generally also requires plugging your energy source into the grid so you’re not left in the dark when the wind calms or the sun lingers behind clouds.

Here is a roundup of solutions that can help power a home.

Solar is, in some ways, the easiest solution, or at least one of the most accessible. Plugging into the sun requires photovoltaic solar panels, an inverter, and batteries that can store a bit of any excess energy for a rainy day.

Performance varies regionally, of course, with states in the southern and southwestern regions enjoying the most days of sun per year.

Solar panels require little maintenance once installed and can provide large amounts of electricity in fair weather. It can be expensive, however, even with incentives, and even when hooked up to batteries, it doesn’t do much good when there’s no sun for stretches at a time.

GetSolar has a database for finding a solar installer in your area. It’s wise to compare quotes from several companies. Some installers prefer to install panels sold by their companies, while others will install any panels you purchase.

It’s also possible to rent solar panels. One of the largest renters is Citizenrē REnU, which offers 1, 5 or 25-year contracts that include installation.

The speed of the wind is the determining factor in whether wind power is the right solution for your home. Weather services can tell you what the average wind speed in your region is, but it can vary within a region.

Not surprisingly, bigger turbines can produce larger amounts of energy. A 10-kilowatt turbine can usually provide enough energy for a house and is usually around 100 feet tall with a 23-foot turbine.

As with solar, wind energy is climate-dependent so when the turbine’s not turning, you might need a different energy source. Unlike solar, wind turbines have the added con of being built of out of moving parts that need regular maintenance.

A turbine large enough to power a home often requires a permit. The American Wind Energy Association offers a useful guide for going through the necessary steps to install your own turbine, as well as a list of wind gear providers.

If you’re low on space or looking for a plug-and-play solution, try a personal wind turbine like Southwest Windpower’s Air-X. It can produce up to 400 watts, enough to offset some lighting and appliance usage, and can be installed on top of a roof.

Alternatively, try Clarian’s Jellyfish When it hits the market next year, i will be able to provide the same potential wattage and also feature the ability to power your home by plugging into any standard wall outlet.

If you’re a do-it-yourselfer, find an old treadmill and take a stab at making your own as in this video:
[youtube=http://www.youtube.com/watch?v=1vnyYWV78zk&fs=1&hl=en_US&rel=0]

Geothermal heat pumps tap into the earth’s stable temperature to regulate that in your home. The pump moves heat from the earth to your home in winter and pulls the heat inside your house outside in summer.

Most pumps are built simply so they require little, if any maintenance, and can be equipped with a household water heater as well.

Geothermal heat pumps are not a full-service solution, even for heating and cooling. Some models have been shown to reduce energy bills by up to 40%, which means you can’t say goodbye to your utility company and be completely comfortable indoors.

Cost is another concern. A heat pump with enough capacity to keep a home cozy averages just shy of $8,000, but the drilling required to install it can be upwards of $30,000.

Because of the amount and depth of drilling involved, geothermal heat pumps are not typically a do-it-yourself project. To find a reliable contractor, check the International Ground Source Heat Pump Association‘s directory of accredited installers to find one in your area.

This one only works if you live near moving water, but it can be very effective. Installation requires running a pipe from a high area where water is flowing to a lower piece of ground. Energy is produced as water moves downhill and turns a turbine at the end of the pipe.

Some micro hydro systems have been capable of producing ten or even 100 times more power than wind or solar. Unlike wind and solar, it can run non-stop and overnight, so long as the water continues to flow. An inverter and batteries can be connected to store extra energy if needed.

As with wind, the turbine requires maintenance and has the potential to break. Also, the size and pressure of the stream affects its energy production, so a very small stream might not be enough to power an entire house. Small streams also carry the risk of drying up in summer or freezing in cold weather.

You’ll probably need a contractor to install a micro hydro system. Many cities and states require anyone installing alternative energy sources to be a licensed electrician, especially if it connects to the grid. Although there isn’t a national licensing organization for micro hydro installers in the U.S., a local search should or call to your utility company should point you in the right direction.

Or, if you know what you’re doing and are as handy and patient as this guy, you can build your own micro hydro system.

Energy Systems & Design also produces micro hydro equipment that can be used for a single home.

Fuel cells use fuel and an oxidizing agent, typically hydrogen and oxygen, to produce heat and electricity. Inside the cell, he hydrogen’s ions and electrons are separated. An electrolyte substance inside the cell lets ions pass through but blocks electrons, which travel through a wire instead, in the form of electricity. The remaining ions turn into water or carbon dioxide when they meet with oxygen.

Bloom Energy‘s relatively new Bloom Box, which we reported on earlier this year, might be one of the most talked about home fuel cell solutions, though with its current price tag of $700,000-$800,000, it’s not exactly cheap.

Acumentrics manufactures fuel cells primarily for military use, but can also supply you with one for your home.

Most fuel cell companies don’t sell directly to the public, so you’ll have to search for an installer. FuelCellToday‘s directory can help you find one in your area.

The Department of Energy is working on developing best practices for safe hydrogen handling.

Biomass for the home usually comes in the form of a stove used either for general home heating, or to heat water. Stoves are usually fueled by plants, including crops, trees, wood waste or grass. Biomass stoves do pollute the air, but many still consider them green because they contribute less pollution with fewer harmful chemicals than fossil fuels.

Those looking to buy a biofuel stove might try Bixby‘s MaxFire, which can be fueled with dry-shelled corn or wood pellets.

Bixby claims the stove can reduce heating costs by up to 50% and keep a typical home warm for about $1.50 per day. The stove ignites immediately with the push of a button and has eight heat level settings. When fuel is burned, the stove automatically pushes ash into a drawer that can be emptied without too much of a mess.

None of these solutions provide a fail-safe way to meet all your energy needs, but with blackouts from overburdened grids and severe weather conditions, neither do utility companies. It can be argued that some of these solutions are not entirely green, but even if they can’t completely alleviate the need for fossil fuels, they can help reduce the amount we need.

Most states offer incentives for alternative energy investments, and the Department of Energy suggests additional ways to lower usage and costs and lists products that are currently eligible for federal tax credits.

Despite state incentives, installing alternative energy is still an expensive proposition for most, but it can pay off in the long run.