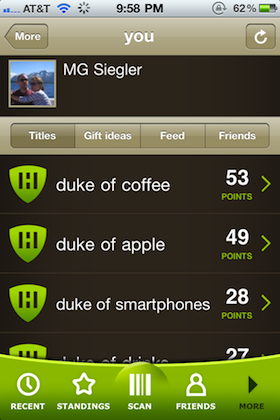 You’re likely aware of Foursquare, the location-based service that turns checking-in to venues into a game of sorts. You may also be aware of StickyBits, an app that turns barcodes into message boards. What do you get when you combine them? Barcode Hero, a new product by Kima Labs, a startup founded by two Amazon veterans.

The main idea behind the service is an app that attempts to make shopping more social. A user takes their phone into a store, launches the app, and starts scanning the barcodes of items they’re interested in. Doing so unlocks points and rewards such as dukedoms and kingships — yes, the Foursquare idea, but here it’s for product categories. More importantly, this scanning allows Barcode Hero to build up a database of information and will help them to personalize your shopping experience.

“We want to attack in-store shopping,” co-founder Blake Scholl tells us. Personalization has revolutionized shopping online, Scholl says. But there’s very little of that in actual stores, he notes. Obviously, this is the Amazon influence at play — both Scholl and co-founder Jason Crawford worked at the online retailing giant for several years. Both then moved on to Pelago, makers of the location-based app Whrrl, where they clearly got the app itch.

What’s nice about the app is that it’s simple. From the moment you launch it, it’s very clear what you’re supposed to do: find a barcode and scan it. It’s also a bit addicting to see yourself gaining points and moving past other users in certain product categories as you battle for the aforementioned dukedoms and kingships. And doing other actions such as recommending a product or writing a short review will get you even more points.

Obviously, all of this is to entice users to help Barcode Hero build out this recommendation service. But the app is also helpful because it provides price comparisons via a deal with PriceGrabber. This is in line with what a few other apps in the barcode scanning space do, such as Red Laser and ShopSavvy. But Crawford notes that they’re different because they’re mainly focused on the social aspect.

In that regard they may be more like Blippy or Swipely — but those products are only on the web. While Barcode Hero has a website, the main focus are these apps. At first, this is only an iPhone app, but the plan is to expand to other platforms quickly.

And then, of course, there’s Shopkick, one of the newer hot startups in the social shopping space. Today, that service formally launched their broad partnership with Best Buy retails stores. But Shopkick seems more focused on the geo-based coupon aspect of in-store shopping. Barcode Hero wants to be the recommendation arm of that experience. Of course, getting users to use multiple apps to enrich the shopping experience will be difficult.

Barcode Hero’s goal is to be the one app you go to when you enter a store. “That’s a very monetizable place to be,” Crawford says. They expect both brands and merchants to be very interested in this, and note plenty of interest already. Scholl also is quick to say that while coupons remain very much on the table, they don’t want to get into that space too early. They want to build up the social graph and perfect the user experience first.

Today, they’re also announcing they have the cash to do just that. Kima Labs has raised a $770,000 seed round from an impressive roster of angels including SV Angel (Ron Conway), Naval Ravikant, Owen Van Natta and several former senior executives from Amazon.com, Google, Facebook, and Wal-Mart. The Washington Post Company also made a strategic investment as part of the round, we’re told.

You can find Barcode Hero in the App Store here. Apple just recently began featuring it as one of their “New & Noteworthy” apps, so that social graph should be growing quickly already. 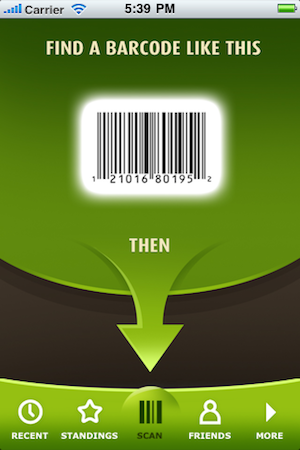 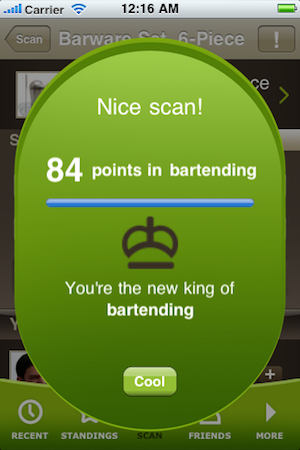 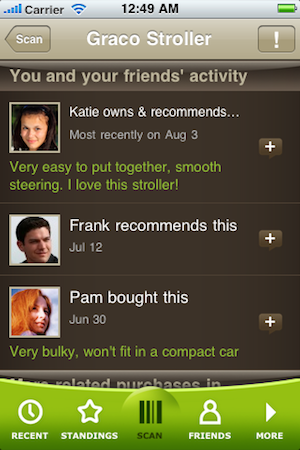 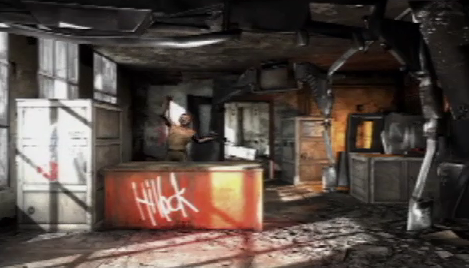