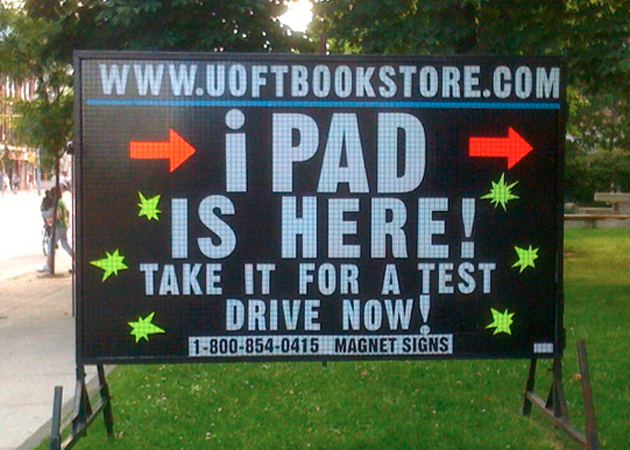 According to a survey of UK iPad owners put forth by Cooper Murphy Webb, people who own iPads are now using them as their preferred device for reading newspapers, magazines and books. Of the 1,034 iPad owners polled via telephone between July 28th and August 10th, 43% use the iPad for more than 10 hours per week, with most of those usage hours taking place in home.

While the iPad dominates among users  for text based activities like perusing magazines and books, the laptop still holds strong  as a primary entertainment device — perhaps due to the iPad’s lack of Flash support. I know that I have been discouraged from readily picking up an iPad to watch online video from the Pavlovian effect of those disappointing little blue legos.

Giving ammunition to the “iPad Will Save Reading” camp, 31% of iPad users prefer their iPad to their laptop, mobile phone, e-reader and print media for reading newspapers and magazines, perhaps due to the innovative presentation of news put forward by aggregator iPad apps like Flipboard and Pulse. 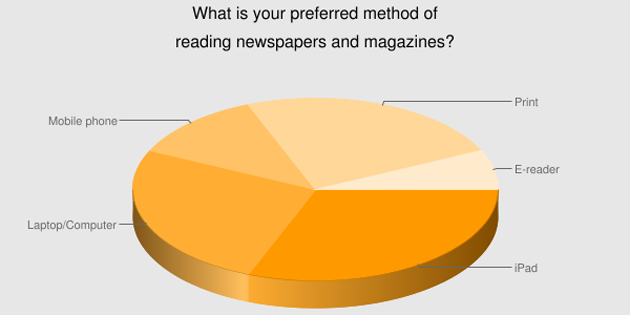 And moreover 41% of iPad owners prefer the iPad for reading books, which bodes well for iPad apps like iBooks, Kindle for iPad, and  Barnes and Noble.

As a side note to and probably as a byproduct of text consumption, the iPad is also preferred for Internet browsing among UK owners at 38% and gaming at 37% respectively.

iPad owners may be a skewed sample in terms of consumption habits — six times more likely to be “wealthy, well-educated, power-hungry, over-achieving, sophisticated” according to one survey — and UK owners even more so. But at over 3.27 million iPads officially sold at the end of Quarter 3 (our educated guess is around 5 million so far), Job’s magical and revolutionary product is gaining inroads in the way people at least say they partake in the written word, if they happen to be in the ever increasing class of people that own one.