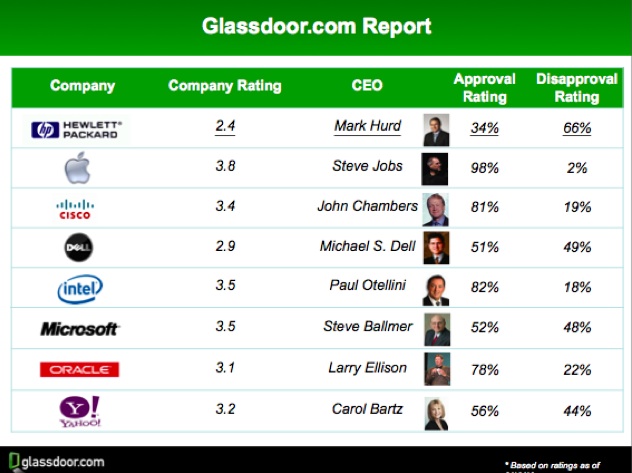 Softcore-porn-actress-turned-marketing-consultant Jodie Fisher wasn’t the only person who failed to be enamored by HP CEO Mark Hurd, who was forced to resign as a result of an investigation into his relationship with Ms. Fisher. According to Glassdoor, a site where employees can anonymously rate companies and CEOs, Hurd had the lowest employee approval rating of any major tech CEO. Only 34 percent of self-described HP employees on the site approved of his performance, and 66 percent disapproved.

It is not exactly a mystery as to why Hurd was not universally loved by HP employees. He was a relentless cost-cutter, an expert at eliminating thousands of jobs at the company while paying himself handsomely.  He also got HP back on its feet, adding $30 billion in revenues and tripling profits over five years.  Employee sentiment can only tell you so much, and like any review site, people with complaints are more motivated to share their feelings than people who are happy.

And while his approval rating dropped from a high of 57 percent in the third quarter of 2008 down to 19 percent last year or so, it did start to rebound during the current quarter. 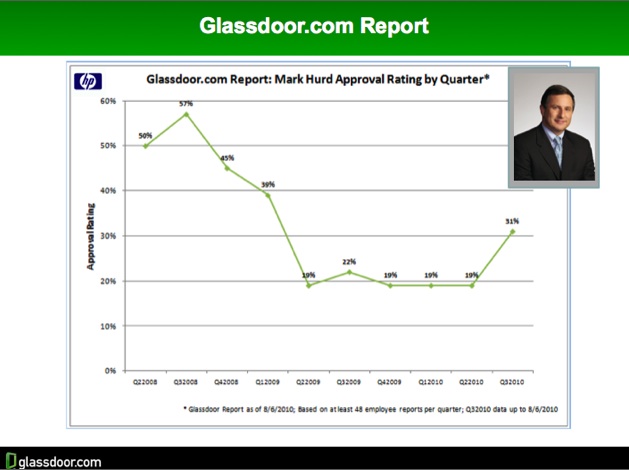