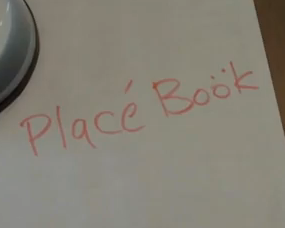 The main reason you haven’t heard of PlaceBook up until now is because they’re still in stealth mode. But if you never hear about them in the future, it’s because Facebook is threatening them unless they change their name. For a location-based service, PlaceBook seems to be a killer name. It also happens to rhyme with that other social networking service — and they don’t like that too much. So PlaceBook is having some fun.

In the video below, PlaceBook founder Michael Rubin makes the case for why he shouldn’t have to change the name — just the pronounciation. It’s not PlaceBook, it’s PlacèBoök. Big difference.

Blogger Robert Scoble gave the world a peek of what PlaceBook was up to back in June. But again, they’re still in stealth mode, so it’s largely under wraps. They’re definitely worth watching though as it’s a group of former Netflix executives working in the location field. It’s just not clear yet what name we’ll have to watch them under — oh right, PlacèBook.

In all seriousness, Rubin admits that they’re undoubtedly going to have to change the name thanks to Facebook. They’ll be announcing what it will actually be shortly.