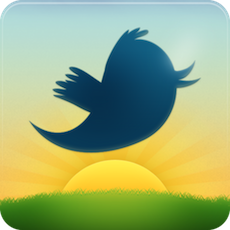 “We’re planning to ramp up the advertising platform,” Twitter writes in an email today. That shouldn’t be too surprising, but they’re also announcing some key hires in order to make that happen.

Coughlin was previously the director of media sales at Facebook, and before that did the same work for Yahoo for five years. He’s also worked at MarketWatch and DoubleClick. Levy oversaw West Coast sales for Yelp — and she was actually their first salesperson (and 10th overall hire). By the time she left, she was managing a team of 100 people, Twitter says.

Obviously, both seem to be pretty impressive hires for Twitter. AdAge got a bit more information about what their specific roles will be. Notably, both will be reporting directly to COO Dick Costolo and will be working on building out the “Twitter Promoted Products” area of the service — the area consisting of Promoted Tweets and Trends. But more interesting may be what Twitter is planning besides those two products in terms of advertising. The service has made it clear that they’re open to all kinds of experimentation in a bid to make money. One of those is their Earlybird Offers.