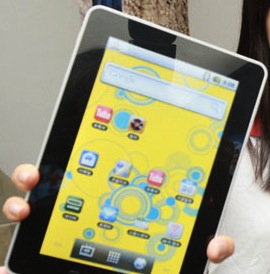 Today at the Techonomy conference in Lake Tahoe, CA, the first panel featured Google CEO Eric Schmidt. As moderator David Kirkpatrick was introducing him, he rattled off a massive stat.

Every two days now we create as much information as we did from the dawn of civilization up until  2003, according to Schmidt. That’s something like five exabytes of data, he says.

Let me repeat that: we create as much information in two days now as we did from the dawn of man through 2003.

“The real issue is user-generated content,” Schmidt said. He noted that pictures, instant messages, and tweets all add to this.

Naturally, all of this information helps Google. But he cautioned that just because companies like his can do all sorts of things with this information, the more pressing question now is if they should. Schmidt noted that while technology is neutral, he doesn’t believe people are ready for what’s coming.

“I spend most of my time assuming the world is not ready for the technology revolution that will be happening to them soon,” Schmidt said.