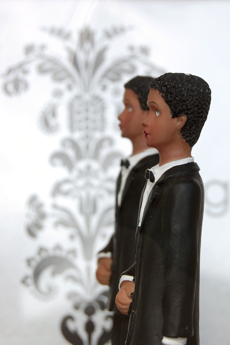 Minutes ago, San Francisco federal judge Vaughn Walker struck down the infamous Proposition 8, a measure that banned same-sex marriage in California. Twitter and Facebook are abuzz with the news (as you’d expect), but one other site is also seeing an immense amount of traffic from it: document sharing hub Scribd.

The final ruling was uploaded to Scribd by Good As You and received over 50,000 hits “in a matter of minutes” according to Scribd Senior Director of Communications Michelle Laird — it’s up to over 125,000 reads as of this writing. CEO Trip Adler says, “a typical viral document gets 100,000 reads in 24 hours, this document has over 100,000 reads in about 24 minutes.”

Of course, the case is not yet settled: Prop 8 may be facing a long, time-consuming road to the Supreme Court over the next couple years. But for champions of equal rights, this is big news — expect to see that Scribd read count continue to trend skyward over the next few days.

Update: There are some issues with docs loading, which Scribd says are being caused by an outage at Amazon’s Web Services.