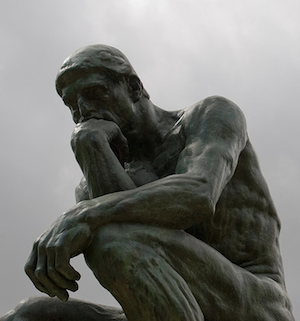 It’s also hard to pinpoint exactly how many Android smartphones are for sale in the U.S. currently (meaning they’re not discontinued, etc), but it seems to be about 20. Could be a bit less — or it could be more. But the point is: it’s a lot more than one or two.

Seriously though, the most shocking thing about the news today that Android sales overtook iPhone sales for the first time last quarter is that it didn’t happen sooner. The sheer number of Android devices out there is one thing. But the fact that they’re available on all four major U.S. carriers is the real key here.

If you want an iPhone, you have to sign-up for AT&T. If you want an Android phone, you can choose between AT&T, Sprint, T-Mobile, and, yes, Verizon — the largest carrier in the U.S. Was there really any question that Android phones would outsell the iPhone with that being the case? In fact, if that didn’t happen, I’d argue something was wrong.

The real interesting data would be if any single Android phone is outselling the iPhone. Based on the stats today from Nielsen, that doesn’t seem to be the case — unless one Android phone is dominating the sales figures (which isn’t the case).

Also interesting is that this data comes from the quarter before Apple released a new iPhone. No iPhone 4 sales are included here.

Android is clearly a hit. And as more and better devices keep coming, it will get even more popular. The fact that overall it still hasn’t passed Windows Mobile devices in the U.S. is a bit surprising — it should blow past those this quarter as Microsoft gears up for Windows Phone 7.

The point is: there’s a lot of room to grow for Android still. But comparing iPhone sales to Android sales is comparing an apple to a bushel of oranges.

That is, until Apple gets on another carrier in the U.S. We all know it’s going to happen, it’s just a question of when. Will it be early next year? Next Summer? Will it be Verizon, T-Mobile, both?

Apple is clearly never going to make as many phones as exist in the Android universe — they simply have a different strategy. Google is seeding their OS to OEMs to flood the market in an attempt to control mobile search. Apple is building its own devices in an attempt to control its ecosystem (and the app ecosystem). It’s quantity versus quality. It’s Windows versus Macintosh all over again. Except that Google is giving Android away for free.

OEMs love free. Customers love choice. 20 phones on 4 carriers are outselling 1 phone on 1 carrier. All of this is very surprising.