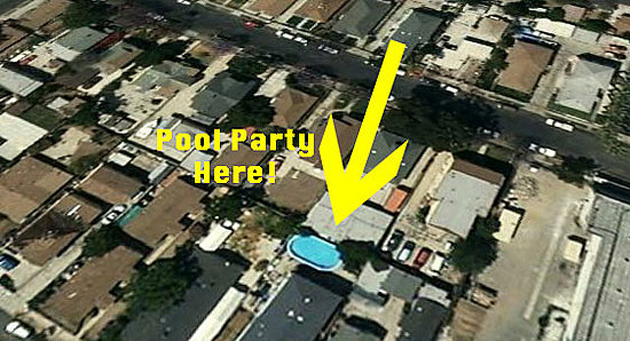 “Under the table” pools may be the catalyst of the next technology revolution in government. During last February’s economic collapse in Greece, the normally technophobic Greek government used Google Maps and Google Earth to find people who had craftily evaded taxes by failing to declare a pool.

Now Google Earth-enabled law enforcement has come to the USA. The town of Riverhead, Long Island, taking a lesson from the Greeks, is also using Google Earth to track down about 250 “unpermitted” pools. And using the satellite imaging service has proved profitable, Riverhead officials have collected over $75,000 in fines from pool owners who never filled out the required paperwork.

While Google Earth was originally intended to help people find their way around, Riverhead is one of the first incidences of what will inevitably be many more cases of the tool being used by local and national governments to catch people evading their duties as citizens, unless Google somehow intervenes. We’ve contacted Google for comment on this somewhat alarming unintended use.

“Pool safety has always been my concern,” Riverhead’s chief building inspector Barnes said regarding the fines.

Update: A Google spokesperson responded that they do not have an official position on this particular use of Google Earth, and provided us with this statement.

“Google Earth is built from information that is available from a broad range of both commercial and public sources. The same information is available to anyone who buys it from these widely-available public sources. Google’s freely available technology has been used for a variety of purposes ranging from travel planning to scientific research to emergency response, rescue, and relief in natural disasters such as Hurricane Katrina and the Haiti Earthquake.”