On Friday at our Social Currency CrunchUp, Groupon CEO Andrew Mason sat down for an interview with our own Michael Arrington and Erick Schonfeld. Mason touched on Groupon’s history — including some dabbling with slippers with flashlights, and also gave some insight into the company’s growth as well as his view on the competition.

During the interview, Michael revealed that he’d heard that Groupon was generating $1 million in revenue a day — Mason played coy and didn’t appear to confirm this. However, he did acknowledge that the company is getting a gross margin of 50% or higher, going on to say “it’s a cool business”.

It’s safe to say that Mason, at least publicly, isn’t overly concerned about Groupon’s potential competition. Asked about the possible entry of Google into the market, Mason facetiously responded, “Google, Oh My God!”.  And Mason said that Amazon (and Woot, which it recently acquired) were primarily focused on consumer products, while Groupon caters more to local businesses.

Asked about Tippr, which acquired a number of patents relevant to this space, Mason said that Groupon has “had people look at us to see if [the patents] applied and they don’t.” Mason also doesn’t worry much about clones — the company started seeing them pop up in March 2009, but Groupon doesn’t actively do anything about them because “the basic idea of Groupon is not something we can patent” (though they do go after companies that infringe on its trademarks, like its logo).

Other key stats Mason talked about:

Asked about advertising on Facebook versus Google, Mason said that six months ago Facebook was often cheaper. However, that’s changing. Mason explained that in the past, when he wasn’t really focused on the Silicon Valley scene, he would look at Facebook’s valuations and not really see how it could warrant them — but now that he’s an advertiser on Facebook, he thinks “they’re going to be worth a lot of money”. 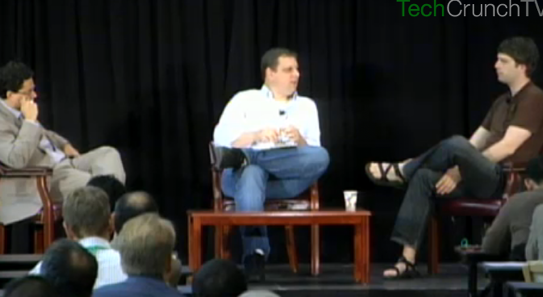