What follows is a short summary of just a few presentations, panel discussions, and startup demos I witnessed at OpenWebAsia (those with a focus on Asia only). I will update this article with more material once it becomes available (find the agendas for day one and two here and here). 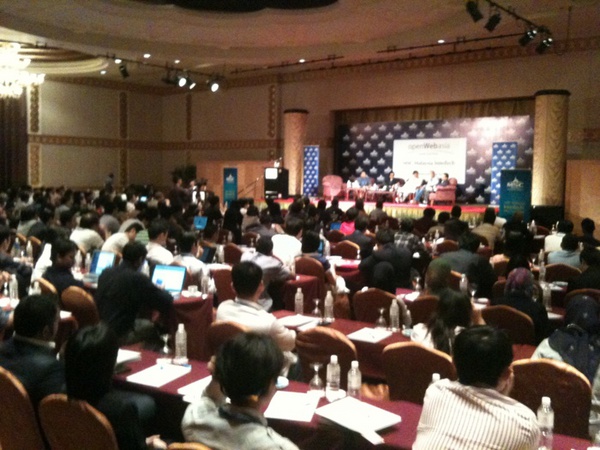 The event kicked off with a panel discussion between Mohan Belani (Co-founder at mobile gaming company Mobret and former Director at startup community e27), Michael F. Smith Jr. (Director of Global Initiatives at Yahoo!), Googler and OpenWebAsia co-founder Chang Kim, and myself.

Moderator Preetam Rai had us cover a lot of ground during the 60 minutes, including how: 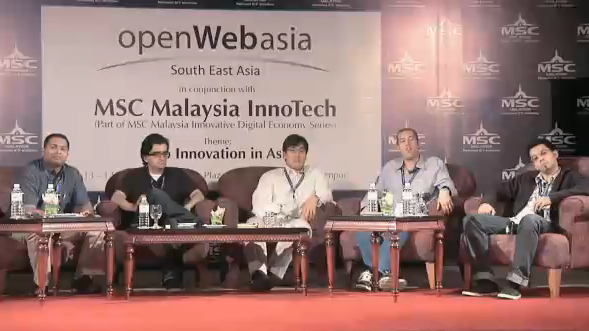 Please click here to watch a video of the discussion, which is provided by Satoo.tv (embedding didn’t work, sorry).

Shanghai-based entrepreneur and blogger Dr. Gang Lu shared some insights on what’s going on in one of the world’s “hottest” web markets right now, namely China (which now has over 420 million web users and 786 million mobile subscribers).

Lu’s presentation touches upon a range of peculiarities and current trends in China’s web and mobile market. It’s embedded below:

This Week In Asia (panel discussion) 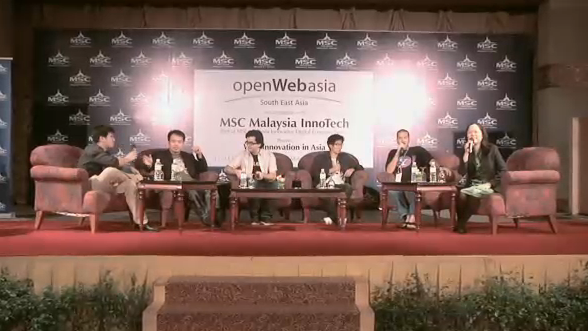 Again, please head over to Satoo.tv for a video of the discussion (but you can also listen to it over at This Week In Asia’s homepage in podcast format).

It’s still very early in the game, it’s already a huge market, and there’s room for massive future growth in South East Asia’s web and mobile industry. But there are still some significant hurdles to overcome, especially if you regard South East Asia as one region.

Some hurdles I personally see in South East Asia’s web and mobile market (and on the way to a possible integration) are the:

Many of these problems, for example the low Internet penetration, will probably solve themselves in the future. And in fact, local startups, partly financed by local venture capital firms (which do exist), are starting to crop up all over the place.

Here are some startups that are based in Malaysia, mostly in Kuala Lumpur:

If you want to know more about Malaysia’s web scene, head over to the Entrepreneurs.my blog or follow the Twitter account of Kuala Lumpur-based mover and shaker Daniel Cerventus. For more South East Asia-related information, have a look at the e27 and SGEntrepreneurs blogs or download the This Week In Asia tech podcasts.

Credit for the photo on top: Ben Israel