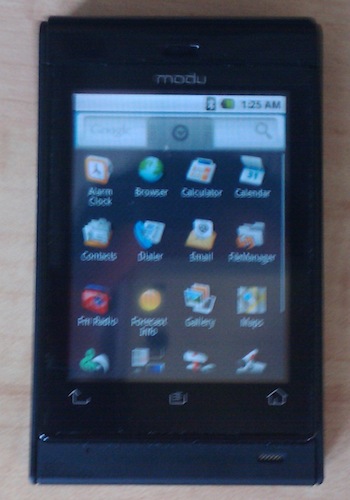 Modu isn’t well known in the US, but they make a tiny handset that’s been out for a while. While their current product offering has been criticized for being outdated and clunky, the good news (at least for them) is that they have developed a new Android based handset which should be available in the near future. That handset leaked, and while it’s got some strange things about it (no 3G, have to use wifi for data transfer) this may be because it’s a prototype. The Modu android phone also has a built in FM receiver, but you have to use a head set with it in order to hear the tunes. The leaker sent over some video, you can check it out after the jump.