Video game and software retailer GameStop is buying Kongregate, a social gaming destination and community site for gamers. The purchase price was not disclosed, but the transaction is expected to close within a week, subject to customary closing conditions.

Kongregate co-founders (and brother and sister) Jim and Emily Greer will retain ownership over the site, as the company will become a wholly-owned subsidiary of GameStop and keep its San Francisco offices. Oh, and nice rickroll there at the end, Jim.

Founded in 2007, Kongregate currently boasts 10 million monthly players who spend approximately 23 million hours per month on the site. GameStop is acquiring the site to become the “gaming aggregator of choice”, according to the press release.

Kongregate shares revenue from advertising and virtual goods directly with over 8,500 developers who have uploaded games to the site. All games on the site are free to play, but Kongregate also features a virtual currency called kreds, which can be used to unlock additional features in some games.

The company raised $9 million from investors like Greylock Partners, Bezos Expeditions and a group of angel investors led by LinkedIn founder Reid Hoffman.

You can see how the community responds to the news in this forum post. 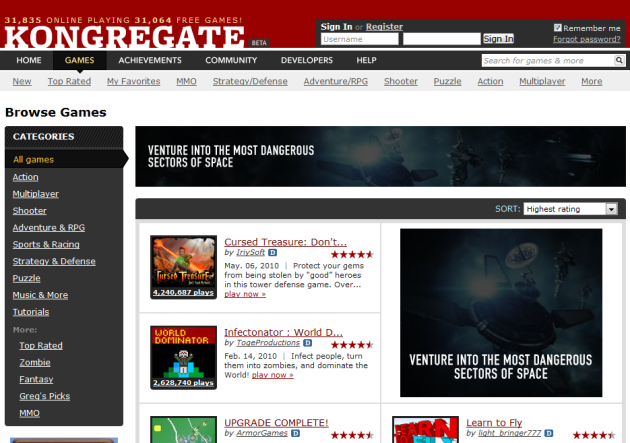