A new option has just appeared in Twitter’s “Settings” menu called “Twitter Media.” This appears to indicate that inline image and video sharing is making its way to Twitter.com shortly. The option appears on my account, but checking the box does nothing so far. [update below]

If this is indeed the case, Twitter is once again emulating some of the functionality third-party sites are building on top of Twitter. For example, one of Brizzly’s main selling points right now is the ability to show photos and videos inline in your tweet stream (though, to be fair, they go beyond that with other features and have Facebook integration too).

We’ve reached out to Twitter for clarification on this feature. But, again, the wording seems to speak for itself:

It’s worth noting that the “everyone” feature is not checked by default, meaning it’s opt-in, rather than opt-out. Obviously, that’s smart. I’m going to assume this means that if you opt-in, you’ll be able to see media from people you don’t follow who get retweeted or when you do a search. Otherwise, it may just be “revealed” that media is attached to that tweet. I can’t imagine Twitter would insert all the media shared on Twitter into your actual stream, that would be ridiculous.

Or maybe opting in to this feature will give you a new sidebar menu to see media shared by everyone on Twitter.

We’re constantly exploring features and settings. What you saw was a small test of a potential consumption setting for inline media. We show inline media on our own iPhone and Android apps.

Update 2: And the setting has just vanished from my account. Can’t imagine why :) 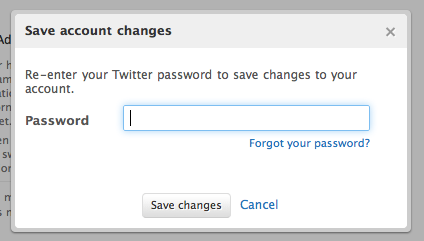