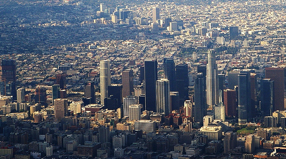 Google has long been touting the deployment of its productivity suite and Microsoft Office-killer Google Apps to the City of Los Angeles. The City planned to equip its 34,000 employees with Google Apps, replacing Novell’s GroupWise system, the e-mail technology provider that LA had previously been using. But unfortunately, the process of transitioning the government entity over to the cloud-based system has seen a few speedbumps to say the least. In April, LA City administrators began questioning the move thanks to productivity, security and slowness issues with Google Apps. During that time, there was also the possibility of a delay in the full deployment of the system to employees because of these concerns.

On Friday, we learned that this delay became a reality, and Google missed its June 30 deadline to deploy Apps to all 34,000 employees. But today, at the launch of Google Apps for Government, a specialized version of the suite to meet government security needs, Google said the situation was in fact overblown.

Here’s the statement we were given by Google on the issue:

The City’s move to the cloud is the first of its kind, and we’re very pleased with the progress to date, with more than 10,000 City employees already using Google Apps for Government and $5.5 million in expected cost savings to Los Angeles taxpayers. It’s not surprising that such a large government initiative would hit a few speed bumps along the way, and we’re working closely with CSC and the City to meet their evolving requirements in a timely manner and ensure the project is a great success for Los Angeles.

As for the delay, Google says that they are working with with the City of LA to “address requirements that were not included in the original contract.” One example of these possible requirements that came up is that the LAPD wants to conduct background checks on all Google employees that have access to Google Apps data in the cloud. Doing these checks of course add more time to the adminstrative clock.

Google spokesman Andrew Kovacs declined to get into any specifics on what requirements were “unforseen” but he did say that the delay is actually only a matter of months, and that the full deployment should take place this year. And the delay will results in no additional payments by the City of Los Angeles.

So why has this particular deployment become somewhat of a comedy of errors and an apparent communications breakdown? Washington D.C. and Orlando, FL have made a similar move to Google Apps without so much drama. But the City of LA is Google’s largest government Apps transition date, so we could just be witnessing the growing pains of such a large deployment within a government entity.

However, as Google starts expanding apps to larger government organizations, the company is bound to face ongoing bureaucratic issues involving security concerns, outdated systems, and more. If Google is actively targeting government organizations for Apps (which seems to be apparent from today’s announcement), then this is probably not going to be the first or the last time deployment is bogged down in bureaucratic questioning.