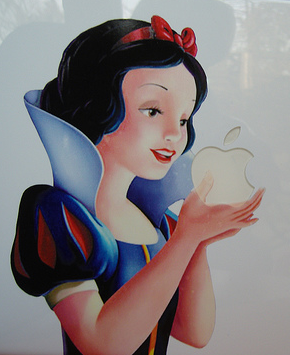 I’ve fielded a lot of questions today about the iPhone 4. No, not about the antenna — that was last week — today, all people want to know is why the hell is white version being delayed again? Like everyone else outside of Apple, I have no idea. Is it a problem with the glass supplier? That they’re prioritizing the black ones for now? That they’re working on an antenna modification? Any of those things could be the reason behind the delay (though if it’s the last one, Apple is going face a whole range of new questions). But I can’t say for sure what the reason actually is. What I can say that this is potentially a real problem for Apple — and I don’t mean from a manufacturing perspective.

In their two-sentence statement on the matter this morning, all Apple said is that the white iPhone 4 “will not be available until later this year.” This is a quick reversal from just one week ago when Apple confirmed that the device was on track to ship by the “end of July” — which itself was already quite a bit of a delay from the original iPhone 4 launch in June. “Later this year” is a bit ominous. It could mean anything from August all the way until December. The fact that Apple isn’t saying “August” or “another month” seems to suggest that it will be at least the Fall when we see the ivory device.

And again, that’s a problem. Let’s just pick a random month that it could be released — let’s say November. A white iPhone 4 released in November means it will have been a full five months since many customers have had the black iPhone 4 — the exact same device, only black. More importantly, it will only be seven months until the next WWDC event, where the iPhone 5 (or whatever it will be called) will be announced.

Sure, some consumers won’t care about that. But many others now have in their minds three years worth of evidence that a new iPhone will be unveiled every June. Many of those customers will have a decision to make: is it worth it to spring for the white iPhone 4 now and have the latest and greatest Apple gadget for only seven months? Or is it worth it to wait?

Compounding this tough decision at that point will undoubtedly be a whole new round of rumors that Apple could unveil a Verizon iPhone shortly — perhaps even at an event in January. Can you imagine the horror customers will feel if they sign their souls over to AT&T for two years in November, only to have the option to instead go with Verizon a couple months later?

The white iPhone may reveal itself to be a wolf dressed in sheep’s clothes at that point.

But Apple is nothing if not genius marketers. A white iPhone unveiled in November will be spun as a holiday iPhone — the perfect present for Christmas. Look, it’s even the color of snow!

Apple will sell millions of them to customers oblivious to the fact that the next version — one undoubtedly without the same antenna issues we’re seeing now, and possibly one that works on Verizon — is just months away. But plenty of consumers won’t be oblivious to this. And Apple will move less iPhones than it could have.

The issue here is that more than anything else, people interested in the iPhone but who are holding out are doing so for three reasons. First, many are still unsure about the antenna issue and think it may be worth it to wait until the next iteration next year. Second, many are waiting to see if a Verizon version becomes available. Third, many are waiting for the white version of the iPhone 4.

If Apple doesn’t get the white version out there soon, all three of those issues are likely to collide. And it may push a lot of would-be iPhone purchasers back from making the jump until next year.

Either that, or the special edition Disney™ Snow White® iPhone 4 will be the fastest selling iPhone yet.