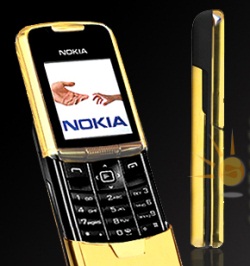 Nicely timed a few days before Nokia’s earnings release, the Wall Street Journal on Monday reported that the mobile giant is conducting a search for a new chief executive, citing the company’s trouble in posing much of a challenge to the likes of Apple, RIM and Google with its Android operating system in the high-end smartphone market.

No doubt there’s concern from Nokia shareholders, and I also don’t expect current CEO Olli-Pekka Kallasvuo to hold on to his position for much longer.

That said, Nokia just announced that net sales in the second quarter of 2010 topped 10 billion euros (that’s a little over $12.8 billion) across units, and that it has shipped more than 111 million mobile devices, up 8% from Q3 2009.

However, net income fell to 227 million euros, down from 380 million euros a year earlier.
That’s a steep 40% drop in net profits.

Leaving out its NAVTEQ and Nokia Siemens Networks businesses, Nokia reports net sales for its Devices & Services unit were €6.8 billion, up 3% year-on-year. That is in fact the lower end of its previously expected range of €6.7 billion to €7.2 billion for the second quarter, an outlook it had revised last month, but it didn’t fall below said range.

The company expects the same range for net sales for Devices & Services for the third quarter as well. We should note that at constant currency, group net sales would have decreased 4% year-on-year rather than increase.

Nokia converged mobile device (smartphone and mobile computer) volumes came in at 24 million units, a bit more than a quarter of total devices volume, up 42% year-on-year and 12% sequentially.

To end, here’s Kallasvuo’s quote, straight from the release (links ours):

“Despite facing continuing competitive challenges, we ended the second quarter with several reasons to be optimistic about our future. For one, the global handset market has continued to grow at a healthy pace, led by some of the less mature markets where Nokia is strong. We are also encouraged by the solid second quarter performance of our Mobile Phones business, helped by an improving line-up of affordable models.

In smartphones, we continue to renew our portfolio. We believe that the Nokia N8, the first of our Symbian^3 devices, will have a user experience superior to that of any smartphone Nokia has created. The Nokia N8 will be followed soon thereafter by further Symbian^3 smartphones that we are confident will give the platform broader appeal and reach, and kick-start Nokia’s fightback at the higher end of the market.”

Let’s see if shareholders agree with his apparent optimism about Nokia’s future.