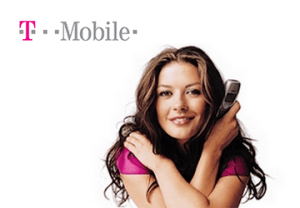 By now, everyone in the U.S. is aware of the rumor that the iPhone may be coming to Verizon’s network later this year or early next year. But there’s nothing stating that the iPhone would then only be on AT&T and Verizon at that point. What if the plan is to roll out the device to all of the major carriers? One of those is T-Mobile, which “a highly placed source” tells Cult of Mac is “very close” to happening.

Of course you should take this report with a grain of salt. While Cult of Mac’s title declares that “iPhone is coming to T-Mobile is Q3,” the actually story notes that their source says it’s about “80 percent likely” that it will happen. So even the source doesn’t think it’s a slam dunk. You also can never discount the possibility of different agendas at work here. It’s certainly possible that anyone from T-Mobile to Apple is circulating this story around as a bargaining tactic.

All that said, this is an interesting idea for one reason: T-Mobile, like AT&T, is a GSM network. That means that the iPhone would be able to run on this new network with very little modification. To work on Verizon’s network, the iPhone would have to be gutted to make room for a new CDMA chip. Undoubtedly, Apple has already done this work with prototypes, but mass production would still be more troublesome than it would be to produce another variety of GSM iPhone.

Of course, the T-Mobile story isn’t nearly as sexy as the Verizon one. T-Mobile is currently the fourth largest carrier in the U.S. (the smallest of the majors) — Verizon is the largest, with nearly three times as many subscribers as T-Mobile. But if you were to add T-Mobile’s 30+ million customers to AT&T’s 80+ million, you’d have a potential iPhone client base that is much larger than Verizon’s network. Is there any question that a high percentage of T-Mobile customers would switch to the iPhone if given the chance?

But Verizon remains the big prize. If Apple truly wants to continue to grow the device in the U.S., they need to get away from the AT&T exclusivity agreement and Verizon gives them a huge pool of customers to expand to. Verizon seems pretty committed to Google’s Android platform — but that’s at least in part because they simply don’t have the option to sell the iPhone. If they did, they would. It’s all about attracting new customers (and keeping your current ones). The bottom line is the contracts.

There’s also still the question of when exactly AT&T’s exclusive agreement with Apple is ending. Depending on what you read, it’s anywhere from 2010 to 2011 to never (okay, I’m being a bit facetious there). Apple and AT&T have had a long, tumultuous history together, but the fact of the matter is that both are making a ton of money off of their arrangement. If Apple moves to another carrier (or carriers), they will undoubtedly have to take a less sweet deal for each iPhone sold. With the iPhone now the biggest contributor of money to Apple’s bottom-line, taking a hit there could hurt. Of course, on other carriers, they’d also be selling a lot more iPhones. But quantity over margins is a trade-off Apple hasn’t been willing to make in the past.

But just imagine if the iPhone was available in the U.S. on all of the major carriers. The war between Apple and Android would grow even more massive. And that would be a good thing for all of us as consumers. I’m not sure how likely that is, but I’m hoping.

Update: Dwight Silverman had some nice, juicy speculation on the iPhone coming to all U.S. carriers back in May.