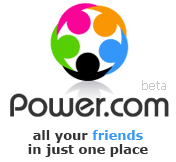 Back in November 2008, a venture-backed startup called Power Ventures launched Power.com in an effort to establish a one-stop shop social networking hub, enabling its users to aggregate and access data and activity streams from a variety of social networking sites via one single user interface.

Before the year ended, Facebook, one of the social networks users could access via Power.com, sued the company alleging that Power Ventures violated its terms of use, copyright and trademarks by not using its public APIs and Facebook Connect.

Although both parties tried to reach a swift settlement, which ultimately didn’t materialize, Power.com a little over a year ago filed a countersuit against Facebook, basically alleging that the company was monopolistic and engaged in unfair competition practices.

The relevant court documents – embedded below – are filled with legalese which admittedly makes it hard for non-lawyers to interpret the ruling to great detail, but the key take-away is that the court has found that Facebook’s conduct in this case was not in any way monopolistic of nature, nor anticompetitive.

Here are the relevant bits from the docs (emphasis ours):

The Court finds that Defendants’ allegations cannot support a Section 2 monopolization claim. Defendants cite no authority for the proposition that Facebook is somehow obligated to allow third-party websites unfettered access to its own website simply because some other third-party websites grant that privilege to Facebook. In fact, the Ninth Circuit has held that merely introducing a product that is not technologically interoperable with competing products is not violative of Section 2.

Accordingly, the Court GRANTS Facebook’s Motion to Dismiss Defendants’ counterclaims for violations of Section 2 of the Sherman Act. Since Defendants have already had the opportunity to amend their counterclaims once, the Court dismisses these claims with prejudice.

Facebook, of course, applauds the ruling. A spokesperson for the company tells us:

We are pleased the court rejected Power’s fundamental claim—antitrust violation—and upheld our right to protect our users’ data and enforce the privacy decisions they make on Facebook.

We’ve reached out to Power Ventures and chief executive Steve Vachani for their take on the ruling but have not heard back yet.

Update: looks like Power.com has a new CEO, Rob Pollock, who appears to be the only one on this planet to regard this as a victory for Power Ventures:

“Yesterday’s ruling re-affirmed two of Power’s core principles: that users own and control their own data, and that Facebook’s terms of use cannot be enforced under the guise of laws enacted to prohibit computer crimes. This is a great victory, not just for Power.com, but for all Internet users.”

Update 2: Actually, two people on the planet. Vachani contacted me separately and said:

Today’s ruling dismissing Facebook’s legal claims against Power.com was a victory not only for Power.com, but for more than 1 billion Internet users worldwide to take ownership and control of their own data. With Facebook’s erroneous claims against Power.com being dismissed by the court today, this means that user’s are now empowered to decide who and how to access their own data on Facebook and across the Internet without Facebook attempts to criminalize their own users.

In today’s ruling, the judge effectively dismissed Facebook’s lawsuit and erroneous claims against Power.com. The most significant part of today’s ruling was that the Court found that “Power “did not act ‘without permission’ within the meaning of Section 502 when Facebook account holders utilized the Power website to access and manipulate their user content on the Facebook website, even if such action violated Facebook’s Terms of Use. Accordingly, the Court DENIED Facebook’s Motion for Judgment on the Pleadings, and DENIED the parties’ Cross-Motions for Summary Judgment as to Facebook’s Section 502 cause of action.”

See? Everybody won – you too.

Update 3: see this EFF post for more information on the ruling.