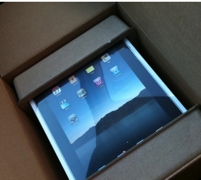 In a release issued today, Apple has announced that the iPad will be released to nine more countries this Friday, including Austria, Belgium, Hong Kong, Ireland, Luxembourg, Mexico, Netherlands, New Zealand and Singapore. Customers in these countries will be able to buy the device through Apple’s retail stores and authorized resellers.

The company only started shipping units to customers in countries outside the United States in late May. There’s no doubt that iPads are flying off the shelves, as Apple sold a million devices in less than a month.

It should be interesting to see how many iPads have been sold in the past month. These numbers are expected to be announced tomorrow when Apple posts its second quarter earnings for 2010. Apple says the iPad will roll out to additional countries later this year and will announce availability and local pricing for these additional countries at a later date.