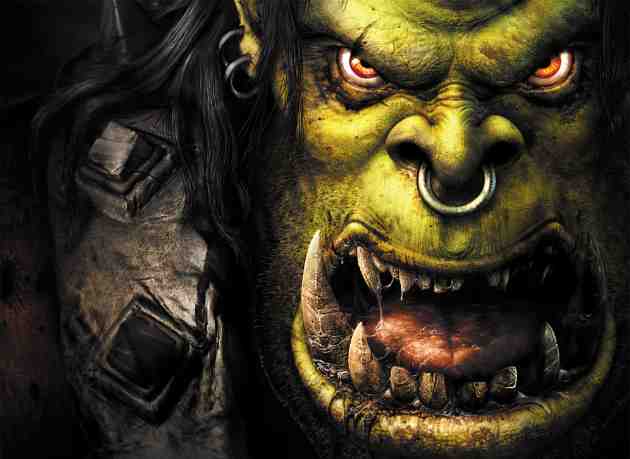 If Blizzard wanted to spark a discussion, well, job done. The company’s plan to bring Real ID to its message boards has done nothing if not freak people out. Do keep freaking out.

Before I get into this—again—I’d like to preface it with the following: I would not be surprised if Blizzard announced the new system while having zero intention of actually implementing it. Perhaps all it wanted to do was gauge public reaction? Now that it knows the public is UP IN ARMS~! over it, maybe it will come back and say, “Due to the overwhelming response, we’d like to announce a few changes to the way our Real ID policy will work in the future…”? Or, similarly, that this could be more Activision‘s doing than Blizzard’s—we all know that I’m no friend of Activision. In which case, your anger would be better directed at Bobby Kotick & Co. and not necessarily at the folks at Blizzard proper.

But for the sake of argument, let’s say it’s full steam ahead.

Starting with the release of StarCraft II, you’ll need to post under your real name when you post on Blizzard’s forums. (For the World of Warcraft side of things, the new regime doesn’t go into effect until the release of Cataclysm, the next expansion pack, which is months away yet.) This isn’t retroactive, since there’s no way to actually go back and re-work the old forums to work with Real ID. All of your posts on the current forums will remain as they are for eternity. Well, until the servers get taken offline, at least. So, if you made a fool of yourself on the forums while posting as Haxor The Magnificent, the Blood Elf Mage, then your identity is safe.

Blizzard says it’s moving to the new system largely to clean up your wretched behavior. Sad but true. Perhaps if Blizzard didn’t have to spend all day long moderating its forums because so, so many of you decided it was acceptable to behave like blockheads while under the mask of anonymity then you wouldn’t be in this mess in the first place. So in a sense it’s your own fault.

Let’s move onto the privacy implications, some of which were brought to my attention by the fine folks at the Center for Democracy & Technology. I’ve seen a lot of tosh to the effect of, “Posting under my real name will jeopardize my professional situation.” This seems to be rooted in a kind of social and/or professional embarrassment about your love of the game(s). A sort of “what will my boss think if he or she sees me posting at 3:00am complaining about drop rates?” Why does your boss give a darn what you do on your own time—provided it doesn’t impair your ability to produce widgets while on the clock? Is it really so detrimental to your social standing to be seen asking where to find a certain mob, or reporting a bug in the new five-man dungeon? What planet do you people live on that this is a big deal? I thought we were past the days where being seen playing a video game was considered a “bad thing”? That’s not a case of concern about privacy as it is a case of social insecurity. “What will the neighbors think?” Who cares what they think! Live your life as you see fit without worrying whether or not this guy or that guy thinks it’s “cool” or “acceptable”!

And let’s not forget the fact that we live online nowadays, and that many of you claiming “INVASION OF PRIVACY~!”, I’m sorry, don’t have a leg to stand on. How many of you have Twitter or Facebook accounts? How many times does Twitter have to suffer a massive security breach before you say, “Hmm, shouldn’t be there”? How many of you post photos of you and yours on Facebook for the whole world to see—unless, of course, you take the massively pro-active step of locking your account down? How many of you use FourSquare to broadcast your exact location to the world? What could be more of an invasion of privacy than telling people, “Hey, I’m right here”? How many of you use BitTorrent, downloading away to your heart’s content when your IP address is there for all to see, not to mention for people like the U.S. Copyright Group to see and round up into a lawsuit? How many of you use Gmail, the service that actively scans your e-mail to sell ads? If you were that concerned about privacy you’d set up your own mail server. But you don’t, of course. You only care about privacy when it’s convenient to do so. It’s only now that it involves the fact that you spend your free time casting spells that all of a sudden your “privacy” is at risk.

I have no time for selective outrage.

Another thing: how many of the 11+ million people who play World of Warcraft actually participate in the forums? Casting this controversy as “the entire community” being up in arms, well, no.

Do you really think 4Chan (or any other group, or person) is going to get away with harassing people who post on the new forums, a common complaint I’ve seen? “Now people will annoy me in real life!” That sounds like a one-way ticket to a lawsuit, courtesy of Activision Blizzard. Just because your name is “out there” doesn’t mean people are allowed to threaten you. Surely you recognize this?

To the entrepreneurial crowd: this sounds like quite the opportunity to create a one-stop “Totally Unauthorized” Blizzard message board…

Never mind that there’s a very real solution to all of this mess: don’t like it, don’t post there. Nobody, not even Blizzard, is forcing you to post on its forums.