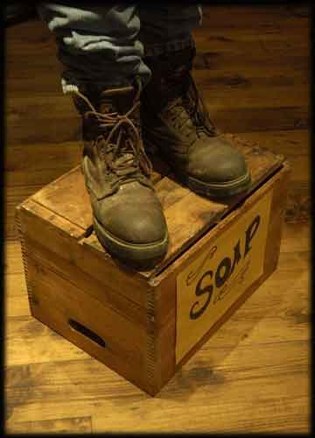 I’m dismayed to see journalists continue to be punished, even fired, for expressing their opinions on the things they cover. Yesterday CNN terminated Octavia Nasr over a tweet praising a late Hezbollah leader. Last month Helen Thomas was forced to resign over statements about Israel. Last year the Washington Post put restraints on journalists from expressing opinions on social networks “that could be perceived as reflecting political racial, sexist, religious or other bias or favoritism that could be used to tarnish our journalistic credibility.” The list goes on.

I think journalists should have the right to express their opinions on the topics they cover. More importantly, I think readers have a right to know what those opinions are. Frankly, I’d like to know sooner rather than later just how insane some of these people at CNN and Fox News are. To stop them from giving me that information is just another way to lie to me.

A couple of years ago I was attending a dinner in New York, sitting next to a very well known journalist covering big national news, particularly political news. He’d been in the business a long time – since the early 70s – and we had a fascinating conversation about news gathering and creation, and how technology is changing the industry.

At one point I asked him offhand what he thought of President Bush as a leader. He got very serious and told me he wouldn’t comment. Curious, I asked him what political party he supported. Again, he wouldn’t respond. He said it was important for him to keep that a secret so that it would not be seen as a bias in his coverage.

Oh, that sparked a conversation.

He did admit that he did support some politicians and not others and that he tended to vote for a single political party. He just wouldn’t state any names. And this is where I became and remain seriously confused. As a trained journalist he saw his job as reporting the news in a balanced and unbiased way. To tell me, or anyone, his political leanings could make people see his content differently, he said.

My point to him was that it was necessary for people to know his political biases in order to understand his content in context. I believe it is quite impossible to not bake your bias into your content. He disagreed and said that the core of his training was to do just that. Of course, his political bias was fairly evident to me, he clearly hated Bush with a passion. But I couldn’t make him say it.

But he’s wrong. An added adjective here, an added paragraph there, just the right quote from a source and voilà, you’ve got yourself an opinion piece masked as a straight up unbiased piece of reporting.

I’ve witnessed this first hand more times than I can remember, which is why I don’t tend to do interviews with journalists I don’t know and trust. One slip of the tongue and that’s all they focus on, even if it’s out of context. There’s little care for the overall message, just the sound bites that give the journalist the hook they need.

See this article from last year where I argue that Process Journalism isn’t just not a bad thing, it’s the proper way to develop stories. I say near the end

I always shudder when journalists say “don’t say something, get a source to say it and then quote them.” It leads to really awful stuff. Pretending that you’re writing one story when you’re really writing another, and then twisting what your sources tell you to fit whatever it is that your editor told you to write isn’t ethical journalism. It may check all the boxes that were laid out for you in journalism school, but it isn’t anything other than op-ed with nothing real to back it up.

Think it’s crazy to say that top journalists go out and hunt down the quotes they need to tell the story they want to tell? Well Tim O’Reilly says it happened this week:

I was rather dismayed to find words put into my mouth in Ashee Vance’s story http://www.nytimes.com/2010/07/05/technology/05soft.html?pagewanted=all

The author wrote an opinion piece, but wrote it as if he were reporting comments I’d made.

We take a lot of criticism at TechCrunch for writing stories that are clearly biased. That’s despite the fact that we tend to state our bias right up front, sometimes in the damn title.

That’s not journalism, people say. Well, that’s fine with me. But what you can’t accuse us of is being dishonest to our readers. We call things like we see them. We never fudge facts or make things up. We don’t go out and manufacture quotes to support the story we want to write, we just write the story. And other people can write different stories with different opinions. And you, the reader, can go read all of them and then maybe write your own blog post with a whole new opinion. Everyone has a printing press these days, and ink is free. That has changed the world, and journalism needs to change with it.

The fact is it’s impossible for a human being to write something that isn’t subjective. We aren’t robots, we’re human. At the moment you even chose the topic of your content you’ve made a subjective choice to spend time on that instead of something else. And everything flows from there. Read that entire Microsoft post that Tim O’Reilly links to carefully and you’ll see the bias screaming out from the page. Until I was actually creating news this wasn’t so obvious to me. Now I can read any news piece and tell you the subtle or not so subtle bias of the author in a heartbeat. All this bullshit about objectivity in journalism is just a trick journalists use to try to gain credibility, and the public eats it up. I’ve got a whole new post, or maybe even a book, to write about why I think that is.

Here’s hoping we’ll start to get those deep, dark opinions out in the open for everyone to see.