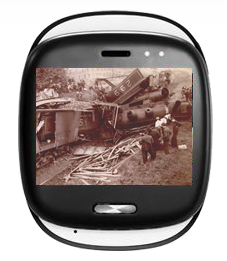 Given that Microsoft nixed the Kin roughly 18 minutes after it launched, it should come as no surprise that the thing didnt, you know, sell very well.

But just how bad was it?

DaringFireball‘s John Gruber says a “well-placed little birdie” pinned the number at around 503 units during its two month lifespan. If that’s true, it’s an absolute trainwreck; I’m fairly confident in saying that even the lowliest, rattiest dumb phone that carriers only keep around in the backroom for the sake of the people who come in demanding a phone that does absolutely nothing besides call people sells more than 503 units in two months.

It might not be quite that bad, though. PocketNow points out that the Kin Facebook app (an app which is automatically attached to a user when they sign on to Facebook from the Kin) has over 8,800 users. Unless 94% of the people using the Kin app installed it just for the hell of it (without buying a Kin), Microsoft sold quite a bit more than 503 units.

Still – even 8,800 units is an… well, the word “embarrassment” doesn’t quite capture the scale properly. Even at the full, no-contract price of $329 for the Kin One, 8,800 units only works out to 2.8 million dollars. While 2.8 million would be an impressive pull for any small operation, this is Microsoft we’re talking about. There was a team of engineers hired, user interfaces designed and coded, expensive hardware prototyped and built, launch parties and press conferences thrown.. there is no way that 2.8 million even begins to cover it.

It’s too bad, really. Some of the ideas — like the Kin Studio syncing service — were great. It’s too bad that nearly everything else about the handsets were garbage, as we’d predicted months before it was officially announced.