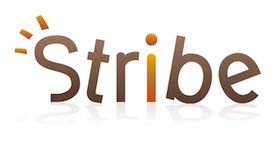 Stribe had a good 2009. The service that aims to make it as simple as possible for any site to add a social network on top of their existing website was first unveiled in September of last year at TechCrunch50 in San Francisco. Shortly thereafter, in December, the service won the startup competition at LeWeb in Paris. Now they’re hoping 2010 will be even better.

Stribe is opening its service to all today after several months in private beta testing. More than 10,000 sites requested access to the beta, but Stribe only let in a few hundred hand-selected ones to make sure the service worked as expected, co-founder Kamel Zeroual tells us. “I now feel our value proposition has become strong enough to be shared with the world,” Zeroual says.

Stribe’s promise lies in its 5-minute set-up from scratch, and in its one line of code you need to add to your site to get things working. From a conceptual perspective, it’s similar to what the Meebo Bar offers, but Stribe is striving to be a bit more robust. Here’s the list of features they promise:

On top of those, Stribe has a new feature they’re launching today alongside the public roll-out: “Meta Social Network.” Basically, they’re allowing sites to group themselves with similar sites to create larger overall networks. These networks will reside on stribe.com and site owners should be able to leverage them to drive more traffic from people interested in specific topics.

“It’s also our take on what should be the Open Graph for websites — a way to freely access and share content, visitors, links and more in communities of blogs and websites sharing the same interests,” Zeroual says.

Much of Stribe’s core features are free, but there are some premium modules such as metric tracking that they charge for. 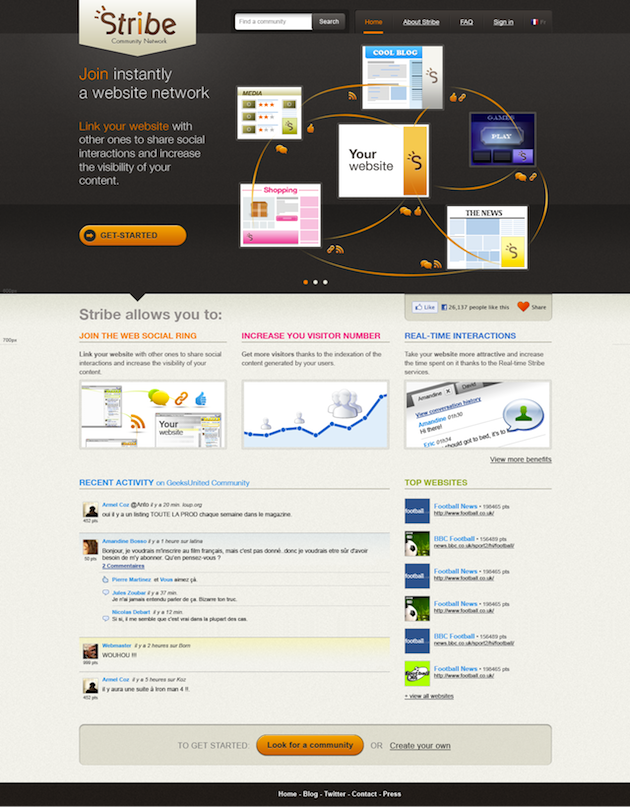