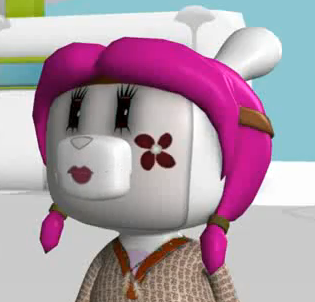 Last week, we noted that Best Buy was looking into firing the employee that made the hilarious EVO versus iPhone 4 video (and the rebuttal video). The employee, 25-year-old Brian Maupin, was placed on suspension as Best Buy decided what they wanted to do. Today brings some good news: they’ve decided not to fire Maupin. But Maupin has decided not to return to work just yet, as he’s not sure he’s comfortable with the situation.

In their statement about the situation (below), Best Buy humorously refers to Maupin as “the aspiring film-maker.” The company notes that they took their time coming to a decision about what to do because they wanted to ensure they were maintaing a supportive environment for employees, while also making sure employees couldn’t openly disparage customers, vendor partners, and other employees.

Best Buy says that three video in particular caught their attention, and that those videos have now been taken down. What’s interesting here is that the three videos apparently don’t include the two most popular ones. Maupin originally told us that there were a “couple other videos” on his account that did reference Best Buy in a comical manner and that he took those down immediately when the company asked. He said they were also asking him to take down the more popular videos, but he refused to do that, as they don’t mention Best Buy in any way (but do mention brands Best Buy carries).

But Best Buy is now apparently doing a 180 on what they initially told Maupin. Now, they’re indicating they only cared about the other videos in question (which, again, mentioned Best Buy specifically). But that wasn’t the case last week, according to Maupin. “According to the statement BBY issued, the videos they were offended over are gone, but 2 of them they took issue with are up, so maybe they’ve realized those two don’t mention Best Buy or maybe they’re just settling, considering the spotlight on them,” Maupin tells us.

Undoubtedly, without the two popular videos, which now have nearly 4 million views combined on YouTube, none of this would have been brought to Best Buy’s attention in the first place.

At the end of their statement, Best Buy notes that Maupin is scheduled to return to work on Friday. Unfortunately, they apparently didn’t clear that with Maupin himself. “I’m not planning on returning to work — immediately, anyway. Honestly, I don’t know how I could return considering some of the things that were said to me and not have a lot of awkwardness on the job. I’m looking at possible jobs in graphic art — nothing definite yet, but I’m searching,” he tells us.

Below, find Best Buy’s full statement on the matter and then Maupin’s official one. And, of course, the videos below that.

We have completed our investigation into the videos created and posted by Brian Maupin, the aspiring film-maker and Best Buy employee.  This is an important situation for us because it involved balancing our social media guidelines with a commitment to creating a supportive environment for our employees.  It’s important to note that our investigation involved three videos that were posted in late June because they were openly disparaging of our employees, our customers and our vendor partners.  Our investigation is over, and these videos are no longer on the web.  Contrary to rumors, Brian has not been fired, and is scheduled to return to his job at Best Buy this Friday

Right now I’m planning on taking a leave of absence so I may survey my current career plans and the future. I’m not sure if it would be comfortable returning to Best Buy considering the circumstances, but I will definitely consider all options