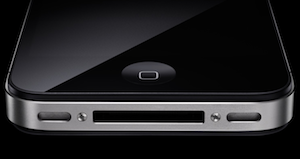 Earlier this week, Boy Genius Report published an email exchange that reportedly took place between Apple CEO Steve Jobs and a frustrated iPhone 4 customer named Jason Burford, who sent some heated messages to Jobs over the phone’s antenna issues. BGR initially attributed one particularly condescending message to Jobs, then updated to say they were mistaken and that it was Burford who wrote it. And then, dozens of blog posts and articles later, Apple told Fortune’s tech blog that the whole thing was fabricated. Engadget later confirmed with Apple that it was a hoax.

Now BGR has posted a followup story maintaining that the email exchange was real, save for that one misattributed message, and they’re basically calling Apple’s PR team liars. In the post, BGR founder Jonathan Geller details how he had the relevant Email headers analyzed and has looked through Burford’s Google Apps account himself (with permission).  And he says that despite what Apple claims, the emails check out. He also mentions that Burford asked for “a nominal fee of a couple hundred dollars” for the emails in question — a fact that doesn’t help his cause, but Geller is confident that they’re real nonetheless:

Is it possible that these replies were fabricated, and didn’t come from someone at Apple sending emails to Jason Burford from Steve Jobs’ email address sjobs@apple.com? No. I believe 100% these emails are real, as I have been given access to Jason’s Google Apps email client and verified those headers to be legitimate, undoctored, and kosher. The replies were all real, the timestamps were all matched up, and the thread was consistent. This was not faked in any way whatsoever.

So why does this matter? Given how much attention has been paid to this story, you’d expect there to be some major news involved. In reality, the email exchange itself wasn’t terribly significant: a frustrated customer was upset, and Jobs responded in his typical measured, succinct fashion. Apple has since issued an official (albeit, not terribly convincing) statement explaining the antenna issue away.

What is interesting is the allegation that Apple PR lied on the record to multiple press outlets about the authenticity of the story.  It’s not unusual for PR teams — especially Apple’s — to ignore or give vague or even misleading statements to the press.  But it would be crossing a line to give a statement that is demonstrably false.  We’ve reached out to Apple PR to ask them if they have a response to the new BGR piece.