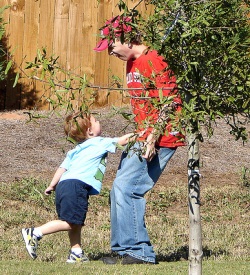 As if Nokia needed yet another wake-up call, self-declared ‘Nokia fanboy since 1999’ Ricky Cadden, aka Symbian Guru is so utterly fed up with the company and the products it releases that he’s quitting his blog (via Mobile Entertainment).

Cadden has purchased himself a Nexus One and seems well on his way to become an Android fanboy.

Anyone with the slightest interest in the mobile industry should read his goodbye post, which is a scathing analysis of why Nokia and Symbian are in the corner where the punches are being served.

Particularly people at Nokia and Symbian.

I can’t continue to support a manufacturer who puts out such craptastic ‘flagships’ as the N97, and who expects me to use services that even most of Nokia’s own employees don’t use.

I also can’t continue to support a mobile operating system platform that continually buries itself into oblivion by focusing on ‘openness’ while keeping a blind eye towards the obvious improvements that other open platforms have had for several iterations.

As on his decision to put Symbian-Guru on permanent hold:

And so, after 3 years and 8 months, Symbian-Guru.com is officially done. Thanks to Nokia’s consistently piss-poor hardware choices and Symbian’s lack of ability to even remotely compete in terms of features, abilities, and overall experience, I’ve lost my passion for both.