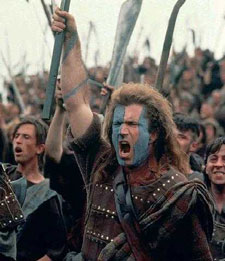 Yesterday, Digg CEO Kevin Rose tweeted that he’d heard a “huge rumor” that Google was planning to launch a Facebook competitor called “Google Me”, sparking off a wave of speculative reports (Rose has since removed the tweet). Now Adam D’Angelo, who was Facebook’s CTO for years and is now founder of hot Q&A service Quora, is weighing in with more details. And from what he’s hearing, Google Me is indeed very real, and it’s gunning for Facebook.

D’Angelo shared his thoughts as an answer to one of the questions on Quora. Here’s his response:

Here is what I’ve pieced together from some reliable sources:

You can read more responses to the question on the Quora thread here.

This obviously has the potential to be huge, and Facebook needs a strong competitor. But even if Google has an amazing site in the pipeline, creating the next Facebook is going to be easier said than done — nearly 500 million people already have their content stored on Facebook, and despite what Facebook has claimed about being open, I doubt they’ll make it easy for anyone to jump into the arms of a competitor. Not to mention the fact that Google has had shortcomings with its social sites like Buzz, Wave, and Orkut. This could be a very interesting battle.

We’ll keep our ear to the ground for more about Google Me. 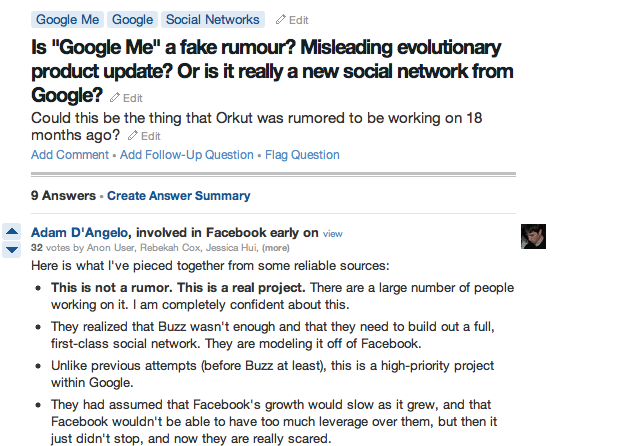