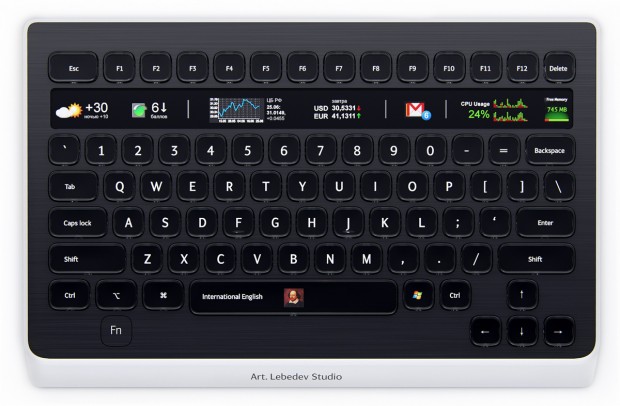 We heard tell of the Optimus Popularis in May, but it had a completely different look. The new one, with its dedicated display bar and lack of number pad, is in my humble opinion a vastly superior design. The LED (not OLED) keys are, after all, totally customizable, and this saves a ton of money — that’s 20 less displays they have to put on the keyboard. And they can pass the savings on to the customers! Or not. It’s still going to cost nearly a grand.

Less than $1000 and shipping at the end of the year is the goal this time around. We saw delays and missed price points before, however, so I’d take those estimates with a grain of salt.

On the other hand, according to the Optimus Project blog, they’re pumped about being able to make the keyboard flatter, the keys rounder, and the displays higher-resolution (now 64x64px). I know I’ll never get to hold one except for a brief moment at CES this coming January, but I can still dream.

[via Technabob and The Awesomer]