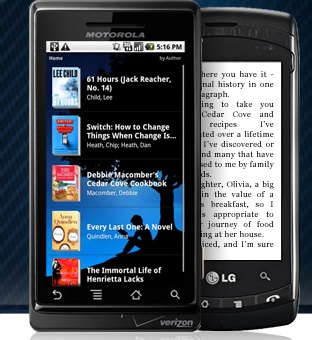 Finally, there is now a Kindle reader for Android phones. Amazon wants to sell electronic books across multiple mobile devices, and currently supports its own Kindle readers, iPhone, iPad, IPod Touch, Blackberries, PC and Mac computers via a desktop client, and now Android.

You can read any of the 620,000 books available on the Kindle in the Android reader, and sync your bookmarks and library across other devices so you can pick up where you left off on your laptop or Kindle reader. Compared to other Android apps, the Kindle is a winner and will likely become extremely popular on the platform. It promises to turn any Android tablet into a serious e-reader

But compared to the latest version of Kindle for the iPhone and IPad, which just came out last night, it lacks a couple key features: namely support for audio and video playback. The Video Kindle, as I like to call it, is only available on the iPad/iPhone.

The Android Kindle also a couple other major features. There is no full-text search, and you cannot buy books from within the app. Instead it kicks you to the Web store where you have to purchase via the mobile browser. Both of those deficiencies will be fixed soon, promises Amazon. No word on whether the Android version will support audio or video playback.

It is pretty clear which platform Amazon is putting its resources into first. (Hint: It is not the Kindle device and it is not Android). 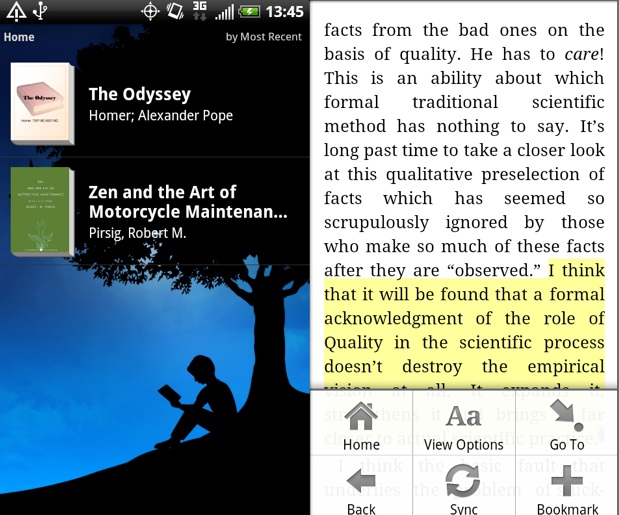