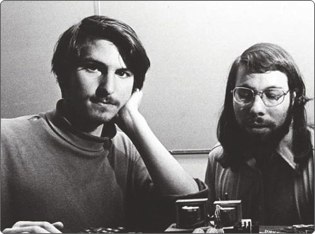 I turned 40 in March. I didn’t think of it much, and I don’t plan on buying a convertible sports car or otherwise engaging in a mid life crisis. These age milestones just aren’t as meaningful for most men as they are for some women. Besides, I still have the maturity level of an average teenager.

But one thing I am very aware of is my growing skepticism of some of the crazy startup ideas I see. Five years ago when I started TechCrunch I still had real enthusiasm for any entrepreneur trying to build a company. I know from experience that starting companies is psychologically hard, even in the U.S. There are always lots of critics to tear you down. Sometimes all an entrepreneur needs is a few credulous people willing to say that they have a chance. That gives them the psychological boost they need to fight on for another day.

I have always been that guy, looking for the positive in any startup situation. Even if you fail you’ve just had the best on the job training possible. Paul Graham says it best: “So, paradoxically, if you’re too inexperienced to start a startup, what you should do is start one. That’s a way more efficient cure for inexperience than a normal job. In fact, getting a normal job may actually make you less able to start a startup, by turning you into a tame animal who thinks he needs an office to work in and a product manager to tell him what software to write.”

There is some evidence that the most successful entrepreneurs are 40 or older. I don’t believe that. Or rather, it may be that statistically a startup founded by someone over 40 will be more likely to “win” financially than one started by a 20 year old. But nearly everything that is really disruptive is created by someone too young to know that they never had a chance of winning. So they blindly charge ahead, and they win.

It’s so easy to look at a startup and think of the ten startups before that tried to solve the same problem and failed. In fact, most startups look sort of dumb in the really early stages, mostly because if they were so obviously going to win then someone would have likely jumped in already. Like I said, you have to stay credulous to believe.

The wisdom that comes with experience seems like such a valuable asset to have. You have advice that people should listen to, you think, as you smirk condescendingly at the kid with the big idea and no clue what terrible obstacles stand between her and success.

I sometimes feel that skepticism creeping into my thinking when I look at a new idea being presented by an eager and innocent young entrepreneur. It’s a relatively recent thing, and I want to stamp it out like a cancer.

There’s no room in my world for that kind of nonsense. Who am I to tell someone that they can’t change the world? I say fight on. And if you fail I’ll give you a solid fist bump and tell you to get back on the horse, or whatever the saying is, and try again. Because you’re going to get it right, whether it’s this startup or another one.

So please call me on it if you see me starting to act my age. I don’t mind being 40 at all – life definitely gets better as you get older and you figure out what’s really important. But I want to look at startups with the same eager and innocent anticipation that I did when I was 25. Even when I’m 80.