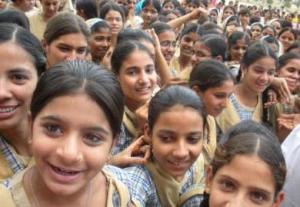 Meena wants to become a computer engineer. She believes that if she works hard enough, she can build her own “big business”—maybe a Google. So she is determined to complete her schooling and earn an engineering degree. Young girls like Meena, just 16 years old but with the ambition and confidence to enter the tech world, are a rare commodity even in Silicon Valley; but Meena lives in a slum in New Delhi. Her father works as a day laborer.  He used to spend half his income on alcohol, and would come home drunk every night and make so much noise that Meena could not do her homework. He considered Meena a liability, saw no value in her education, and had nothing to be optimistic about.

Sana Azmi too lives in a Delhi slum.  She is determined to become a lawyer. Sana has long had this ambition, but her unemployed father had made the decision to withdraw her from school this year, when she turns 16.  His plan was to get her married as soon as possible, and he believed that if Sana received too much education, it would be difficult to find a suitable groom in their socioeconomic community. Moreover, they simply couldn’t afford to educate her. Sana begged her Dad to find a way; she told him that without higher education she would be like an “empty room”.

Meena’s father has now stopped drinking and is working long hours to save money for her education. He considers Meena to be the pride of the family, and is hopeful that she will lift the family out of poverty. And Sana’s parents are no longer on the lookout for potential grooms for their daughter. Instead, they are supporting and encouraging her efforts to complete high school and continue on to university. 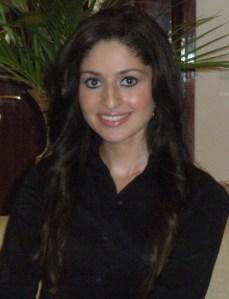 How did these transformations happen? Through a non-profit group called Roshni Academy, which identifies, trains, and mentors brilliant girls from socioeconomically underprivileged communities. Founded by Saima Hasan when she was a junior at Stanford in 2007, and funded by Silicon Valley business leaders and philanthropists, Roshni has already transformed the lives of more than 500 underprivileged girls, in seven districts of Delhi.

The Roshni formula is simple: empower smart girls with self confidence, critical thinking skills, basic social skills, and life skills—and make them realize that they can succeed by working hard and taking risks.  Roshni girls, all of whom live below the poverty line yet maintain top academic standing, undergo intensive education through three training modules over a six-month period. The curriculum covers 25 subjects, ranging from public speaking to conflict management to hygiene. Students are also taught computer and internet basics. At the end of each training season, 60 top-performing students are granted scholarships by the Nurul Hasan Foundation to pursue their secondary and higher education. 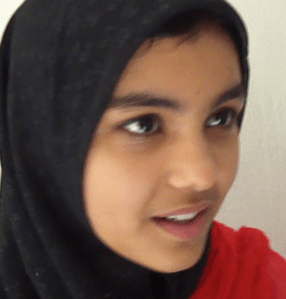 I was blown away by the energy and enthusiasm of the Roshni students I met on my recent trip to New Delhi. They were as confident as the students I teach at Duke and Berkeley. They bombarded me with great questions—they had a deep hunger to learn. And they were amazingly optimistic. Like the techies I know, they believed they could change the world. What surprised me the most was that that each of them claimed to have learned English through the Roshni program. This didn’t make sense given the short duration of the course. It turns out that even though they had studied English in school, these girls had never had the opportunity or confidence to speak it. Watch the video below of 15-year-old Roshni student Bazla Ambareen (and the other videos) to understand what I mean.

Conditions for the poor in India are dire, and people live at the extremes; but, sadly, things aren’t always that much better in some parts of the U.S. and in other parts of the world. You don’t have to go as far as Harlem, NY, or Durham, NC, to see poverty and disfranchised youth. In Silicon Valley, you can just visit schools in East Palo Alto or Oakland. In fact, Saima Hasan says that she got the idea for developing the Roshni program while tutoring students in East Palo Alto. That’s where she hopes to pilot, next year, an American version of her program.

My conclusion: if Roshni girls can rise above poverty, alcoholism, gender bias, domestic violence, marriage pressures, religious oppression, and a wide range of complex social and economic obstacles through pure hard work and determination, so can underprivileged communities in the U.S. There is nothing to stop us from lifting our minorities out of poverty and fixing the societal problems such as those that I’ve previously written about—American girls being left out of the tech world.