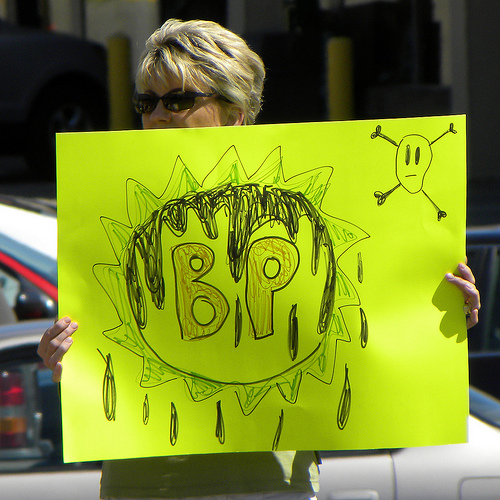 Nearly everyone has something to say about BP’s oil spill, and from a public relations perspective, the company is floundering. Both its stock price and brand value have taken a deepwater dive, and it is struggling to make its own voice heard.

When you Google “BP PR” or “BP public relations,” the top organic result is @BPGlobalPR, a parody account on Twitter with more than 175,000 followers. In contrast, BP’s official account, @BP_America, has only 15,000 followers.  The satirical @BPGlobalPR is dominating the online conversation. It is an object lesson in how social media can shape and control a company’s message during a crisis.  The fake account has gone viral for its scathing impersonations of the company with tweets like:

We are doing everything we can to stop the information leaks in the gulf: http://ow.ly/22XTw #bpcares (tweet)

Lightning struck one of our ships! Come on Planet Earth, what did we ever do to you?!? (tweet)

Some people think it is real.  BP initially wanted to shut down the sardonic account, but Twitter’s policy allows for parody accounts, so long as they don’t mislead or deceive. BP demanded the impostor rewrite his bio, and he did, but not without commentary: “We are not associated with Beyond Petroleum, the company that has been destroying the Gulf of Mexico for 52 days.” It’s since reverted to the original “This page exists to get BP’s message and mission statement out into the twitterverse!”

While BP tried assuaging public anger with a video featuring CEO Tony Hayward apologizing into the camera and promising “we’ll make this right,” it was mostly seen as a failed public relations stunt. It was probably a good idea for Hayward to try to address the public directly, but his presentation felt forced. The video itself was highly produced and likely expensive, as were the TV commercial slots in which it aired.

Meanwhile, anybody can start a Twitter account.  Companies can no longer rely on buying media time to spread their message though well-produced commercials, especially when the disaster your company is responsible for is ongoing.   It doesn’t help when more candid comments like Hayward’s “I’d like my life back” cast doubt on the polished message’s sincerity.  Someone on Twitter or elsewhere on the Web  will find ways to challenge the message, as @BPGlobalPR is doing.  Even mainstream news organizations that are watched by non-tweeters have reported the buzz around the satire account.

Of course, BP’s attempts to bolster its image go well beyond TV spots.  BP also bought paid search terms on several search engines to promote their official site. All of these PR efforts, totalling $50 million by some estimates, are predictable moves to stay engaged in the social media services where BP is being most criticized. The company is using many tools, including Facebook, Twitter, Flickr and YouTube to spread their message. Satire aside, independent groups have set up their own sites, like BP Complaints, which chronicles oil spill news and activism.

The problem isn’t a lack of involvement, it’s a lack of credibility. No amount of PR can help it at this point until it stops the leak and starts cleaning up the ocean.  But while BP struggles to find its story, others are telling it for them. 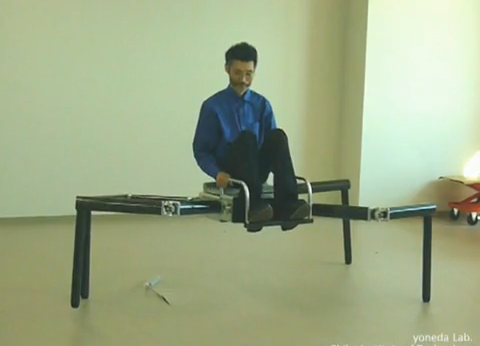