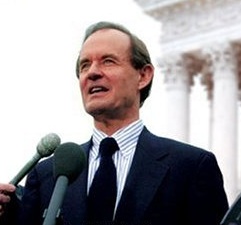 In response to a patent lawsuit filed by Microsoft last May, Salesforce is countersuing with its own patent infringement claims (complaint embedded below). But a mere countersuit isn’t enough for CEO Marc Benioff. He is also bringing a big-gun lawyer to the knife fight, Microsoft’s nemesis from the antitrust trial of the 1990s, David Boies.

During Salesforce’s last earnings call, Benioff obliquely referred to Microsoft as an “unnamed patent troll” and “alley thugs.” In response to a question about Microsoft’s lawsuit on the call, Benioff said, according to ZDNet

But he is making something of it now. David Boies doesn’t come cheap. Hiring him as the Salesforce’s lawyer is designed to send a message to Redmond that Salesforce is not going to pull any punches.

The lawsuit claims that Microsoft products such as SharePoint and parts of the .Net platform violate some of Salesforce’s own cloud computing patents, according to Bloomberg, which broke the story. The countersuit covers five Salesforce patents dealing with managing distributed, web-based computer systems.

The patents in question are: