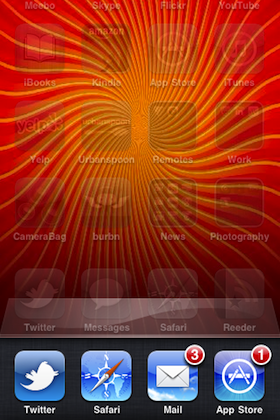 When Twitter bought Atebits, the company behind the excellent iPhone Twitter client, Tweetie, there was some concern it would slow down development of that app. Luckily, it doesn’t look like that has happened. As today, Twitter for iPhone version 3.0.1 has just launched, and with it comes suport for both iOS 4 and iPhone 4.

In fact, while other huge apps on the iPhone, such as Facebook, lag behind in supporting the newest iPhone functionality, Twitter is one of the first to implement some of the useful new features.

So what they are supporting with this update? The actual App Store page only vaguely says the app has updated “OAuth support” and has a “Stuck top tweets fix”. But having downloaded the app just now, I can confirm that it is enabled to “multitask” — meaning you can quickly switch into and out of the app and into other background enabled apps. The app also has been customized for the new iPhone 4 Retina display, developer Loren Brichter confirms.