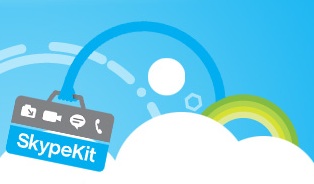 Today, Skype is releasing an open software development kit (SDK) for developers called SkypeKit which will allow Skype calls, instant messaging, video chat and other features to be integrated into consumer electronics and computers. For the past few years, Skype has found its way into a variety of devices from cordless phones and mobile phones to TVs through direct partnerships with device manufacturers. But with SkypeKit, the SDK is now available to all developers.

“The SDK is very similar to what we use internally,” says general manager Jonathan Christensen. It goes much deeper than Skype’s public API, which is more for accessories like headphones. The initial release of SkypeKit is targeted at consumer electronics companies and desktop app developers. SkypeKit supports Linux now and in a few weeks Windows and Mac support will come out as well. As TVs, digital picture frames, and other consumer devices become linked to the Internet and get cameras and screens, they will become good candidates for adding Skype functionality. Anyone creating a desktop app can add in Skype features, but it still cannot be built into Web applications. Like Skype itself, it requires a separate runtime.

Part of the SDK is Skype’s SILK audio codec, which it is trying to make a standard by making it available royalty-free. “The value of the codec is in the breadth of its adoption,” says Christensen, “we want it to be a common codec.”

The next natural step for SkypeKit is to start supporting tablet and mobile operating systems like Apple’s iOS and Android. “We are looking at the relevant operating systems,” confirms Christensen. There is already an official Skype app on the iPhone and third-party apps on Android, so extending the SDK to those mobile platforms is a no-brainer.