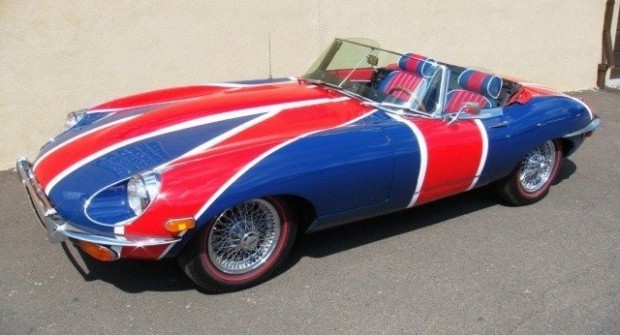 How to prove you are the biggest Austin Powers fan in the world: bid on this 1970 Jaguar E-Type used in Austin Powers 2. The crazy part? It’s only got 4000 miles on it! That’s practically factory new! And it’s original everything, except of course for the patriotic trim. Only two hours left, though — better get on it. Hasn’t hit reserve yet, incredibly. Hope you’ve got sixty grand laying around for impulse purchases.

…Uh-uh! Don’t even try to deny it. You know you’re dying to give this thing a spin.